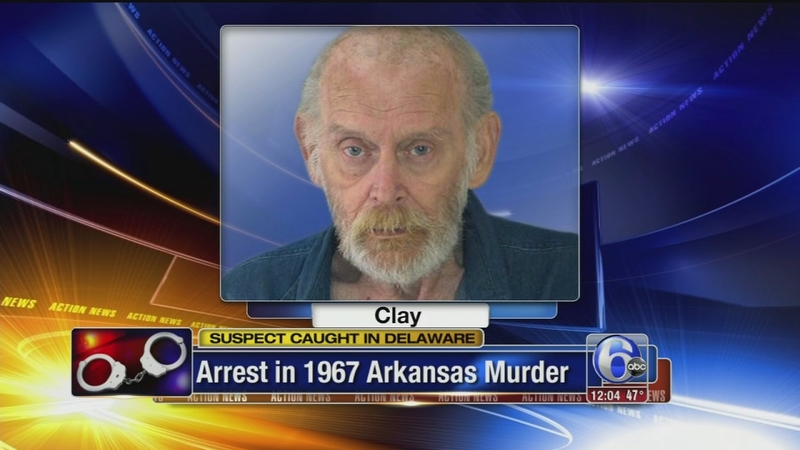 NEWPORT, Ark. (WPVI) -- A 67-year-old Delaware man has been arrested in the death of a man from North Little Rock, Arkansas whose remains were discovered more than 45 years ago.

According to an arrest affidavit signed by a Jackson County circuit judge on Monday, the suspect had told a cellmate while incarcerated in Delaware in 2012 that he killed 27-year-old James Ricks in Arkansas in 1967.

Ricks' remains were discovered in August 1967, and the Jackson County coroner determined that he had been shot at the base of his skull.

The Jackson County Sheriff's Office says the suspect is being held in the Sussex County Correctional Institution in Georgetown, Delaware, without bond.

He's expected to appear before a magistrate for an extradition hearing this week.