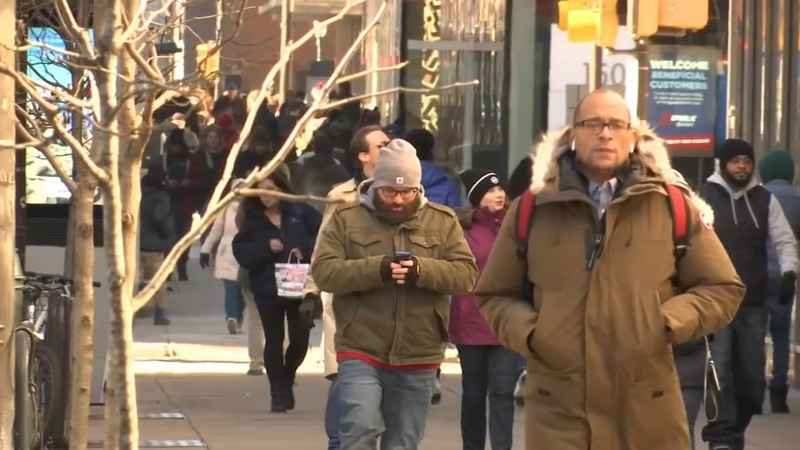 PHILADELPHIA (WPVI) -- It's a bundle up, hat and scarves, shove your hands in your pocket's kind of cold day, still, some people like Mangie Daniel are choosing to work outside.

"Honestly it's not too cold. That's why I picked today instead of yesterday," said Daniel, who was selling baked goods from her business "Lucy Cakes."

It is cold enough for the city to issue a cold blue, however, and for people or animals who can't go inside, this type of weather can be deadly.

The ACCT Philadelphia has a list of acceptable living conditions which includes animals not being outside for more than 15 minutes, and according to ACO Schumacher, a dog seemed to be in trouble today.

"We received reports from Amtrak police about this dog being outside and possibly skinny," said Schumacher.

She tracked the dog to its last known location in a lot in North Philadelphia. After checking the surrounding alleyways and backyards, however, the animal was nowhere to be found.

"We don't want him on the street because, with the extreme weather, it could be death for him without having an adequate food source or shelter," she said.

The animal control team is still looking for the dog and other city workers are conducting a special effort to reach out to the city's homeless.