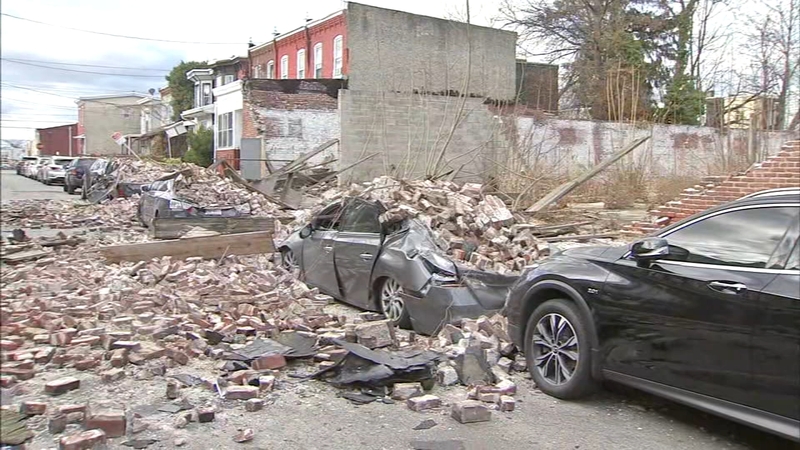 PHILADELPHIA (WPVI) -- At least three vehicles were damaged after an exterior wall came crashing down in the Cobbs Creek section of Philadelphia on Thursday afternoon.

"Startled, like this was unbelievable. Thanksgiving Day," said Veronica Brinkley

Her car was among the three buried in the rubble.

"It sounded like a bomb hit this block and I just thought that I was dead," she added.

Police closed the section of the road to traffic. Crews from the city's Department of Licenses and Inspection were also spotted at the scene.

"I just walked into the house, I think I was in the house maybe 3, 4, minutes," said resident Anthony Randall. "Boom! The whole wall, building everything just fell down, smoke everything I turned around kinda scared cause it rocked a little bit," he described.