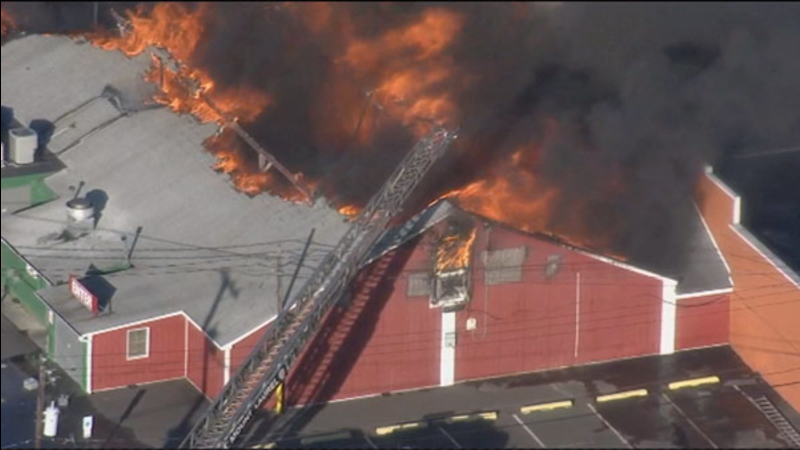 The fire broke out just after 2:00 p.m. inside building 4 within the landmark Columbus Farmers Market complex, located off Route 206 in Columbus.

Firefighters had a lot on their hands with today's high winds fanning the inferno. But they attacked the flames from all sides with over 150 firefighters on hand.

"We were hampered by the winds, cold weather and winds were really a big issue on this. They gave a fire a good head start. Fortunately, the building was built with fire walls in place which helped us tremendously," Fire Chief John Trout said.

Springfield Township Mayor Dennis McDaniel tells Action News, "There are fire walls between that section and the adjoining sections. So I understand that the damage has been pretty well contained to that building 4."

Billed as the oldest and largest flea market in the Delaware Valley, officials estimate that about 10 of the 65 businesses were destroyed.

The co-owners of Not Just Bagels say their store was among those lost and it could not have happened at a worse time, just before the busy Thanksgiving holiday.

"From what the fire companies have told us, that the building we're located in was just entirely gone, so everything we have is gone," co-owner Mike Charnik said.

"Busiest day of the year, so we don't know what we're going to do," co-owner Holly Newell said.

Officials say it's fortunate that the market was closed today, because had it been open, there would have been a lot of people inside shopping.

The cause has not yet been determined.

It remains unclear if the market will be able to, at least partially, reopen on Thanksgiving Day, which is normally a very busy shopping day.

According to their website, the Columbus Farmers Market is the "The Delaware Valley's oldest and largest flea market with thousands of outdoor flea market items and over 65 inside retail stores". 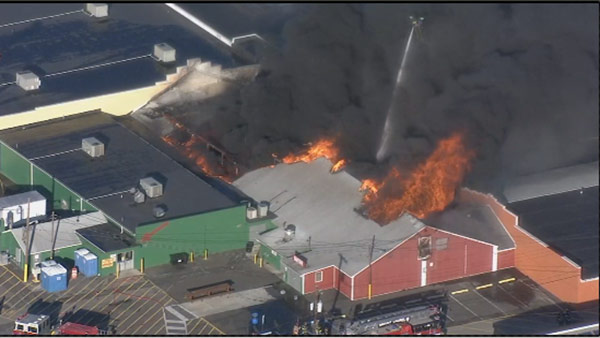