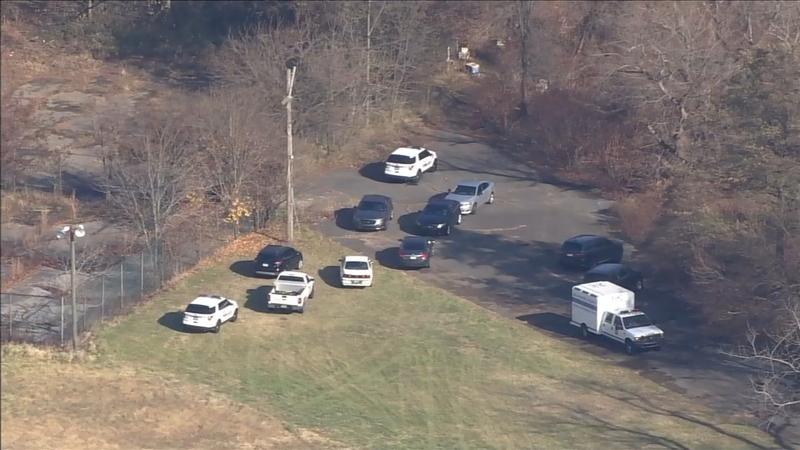 PHILADELPHIA (WPVI) -- A worker surveying electrical equipment near Cobbs Creek was startled by what he spotted at about 9:30 a.m. Monday. He thought it was a mannequin in the creek, but he soon found out that it was a man's body. That worker quickly called police.

"We got there, and he was obviously deceased," said Colwyn Police Department Interim Chief Lt. Michael Hale. "At this point, we have no information on him at all."

Investigators think the man had been in the creek for at least a few days. His body was so badly decomposed that his approximate age or race couldn't immediately be determined.

"They'll try to get some (finger) prints off of him and just do an investigation to find out who he is," said Hale, noting that investigators will also search through missing persons reports.

Trains run on a bridge over where the man's body was found. Transit police also joined investigators as they worked at the scene for about six hours.

Lt. Hale says there have been approximately four bodies found in the area of Cobbs creek in the past five years. But they've been in different jurisdictions along the creek.

"There have been several bodies between Philadelphia, Darby Borough, Colwyn in the past five or so years they have been found back there," said Hale.

The man's body has been turned over to the Delaware County Medical Examiner's office to determine a cause of death. Investigators hope they'll be able to identify the man soon.