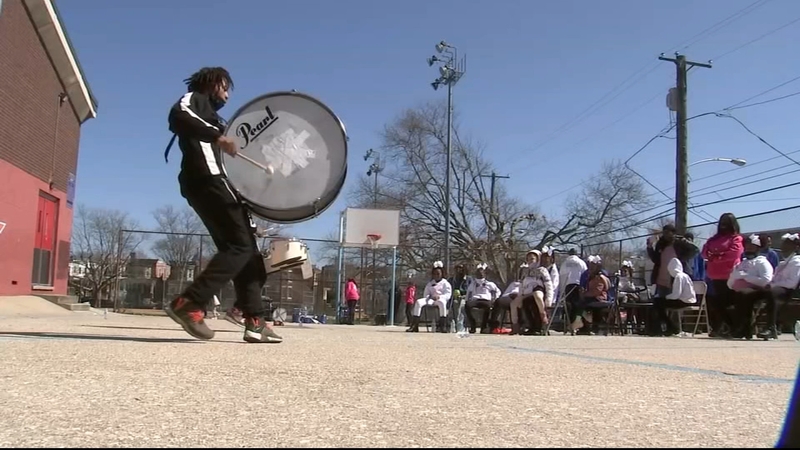 In Southwest Philadelphia, the "Guns Down Sticks Up" march brought together three community drill teams to make a statement.

"You have a mindset with young people, a lot of young people that living is worse than dying, and that's what we're seeing," said Fareed Abdullah, a community activist.

The march ended with a rally at Christy Recreation Center, where 16-year-old Kahree Simmons was killed playing basketball earlier this month.

"Keep the nonsense out of this park and this recreational facility," said Johnson. "History has shown when the weather gets nice we see an increase in gun violence. Today, we want to be proactive and organize this community."

Early Saturday morning, one person died, and five more were injured when shooters open fired at a pop-up party on the 4200 block of Germantown Avenue in the city's Nicetown section.

"It makes it even more important to ensure we have a very solid plan in place. A comprehensive plan in place that does not just involve police but other city stakeholders," said police commissioner Danielle Outlaw.