A bell honoring 911 victims heads to new home in NYC 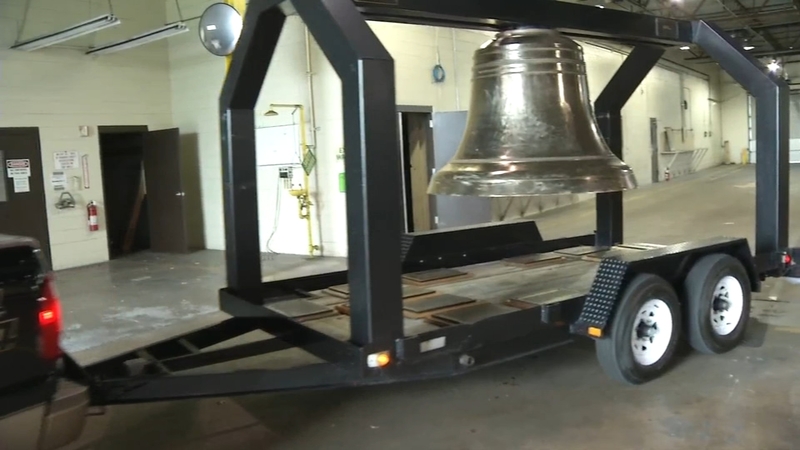 A bell honoring 911 victims heads to new home in NYC

NEW CASTLE, Del. (WPVI) -- A massive bell that has been involved in a number of ceremonies honoring the victims of 911 is on its way to its new home.

For years, it had been a big part of the Bells of Remembrance, based in New Castle.

The passion project of Brother David Schlatter is headed to New York.

Representatives from the Fire Family Transport Foundation picked it up Tuesday morning.

It will now be a permanent fixture at an annual walk honoring Father Mychal Judge.

He was the F.D.N.Y. fire chaplain who became the first certified death after the terror attacks.

"Mychal was an extraordinary man, just like brother David is, and to have this bell it's just such a precious, precious moment."