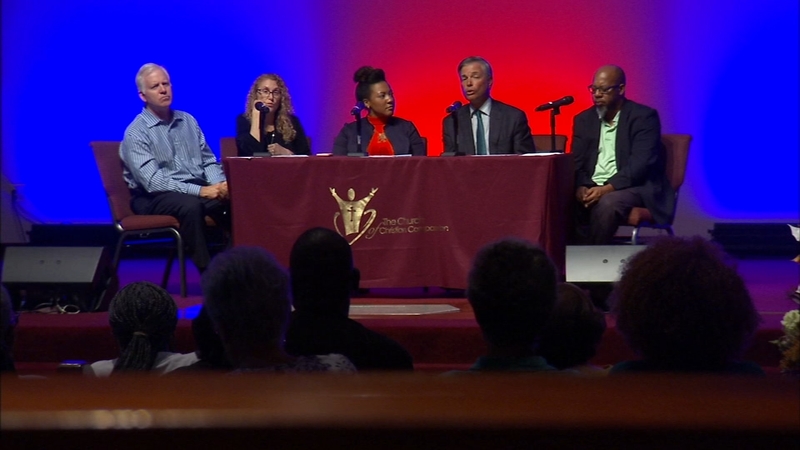 WEST PHILADELPHIA (WPVI) -- The Anti-Defamation League, also known as the ADL, invited members from Jewish and Black communities to the Church of Christian Compassion in West Philadelphia.

They met to discuss and share their respective experiences of anti-semitism and racism.

"Before this event, I had no idea what was going on. I heard a few stories in there from some of the people who don't look like me who have experienced prejudice and it has changed my opinion of what's still going on for other people," says Yarvell Randolph.

The event is called Sharing Our Stories, Sharing Ourselves and it's an ongoing dialogue series, and part of the ADL's larger initiative known as the Black Jewish Alliance.

"The Black Jewish Alliance of the ADL came together to have Jewish people and black people stand up against racism and anti-semitism when it rears its ugly head," says Robin Burstein Sr., Assoc. Regional Director of the ADL.

"ADL's broad mission is equal justice for all and we can't do that unless we can eradicate hate for everyone," says Allen Gubernick.

The alliance was co-founded by Blane Stoddart and James Elam.

"What we want is to educate the silent majority. That's what we want. So wherever you see racism and anti-semitism, even if it's around your dinner table, you will speak out against it and say this is unacceptable," says Stoddart.

"We're actually more than a year into our programming. It's a great learning experience to work with the anti-defamation league. They're a tremendous organization full of some great people," Elam says.

The mission of the Black Jewish Alliance is to open dialogue, create a sense of understanding and work together on ways to combat all forms of bias around the region.

The program is local to Philadelphia, but the ADL hopes to roll it out nationwide.