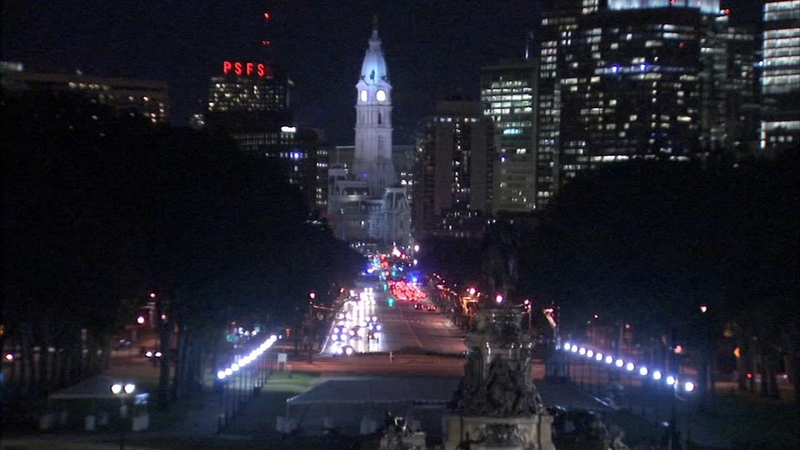 Along the Ben Franklin Parkway, a soiree complete with music, street entertainers and a ballet performance. But event organizers say it's the parkway that has helped put Philadelphia in the spotlight for the past century.

"It's something that should be celebrated because the Parkway essentially changed Center City," said one guest.

Opened on October 26, 1918, the parkway's purpose was to connect the city and its cultural institutions with Fairmount Park.

The mile-long boulevard has become known for more than gridlock. It's the place for major gatherings like parades, protests, concerts, and visits by two popes.

'Philadelphians love it but so do visitors from around the world," said another guest.

Gail Harrity is the CEO of the Museum of Art which anchors one end of the parkway.

"There's nothing celebratory that happens in Philadelphia that doesn't touch the parkway because of its spectacular architecture, spectacular setting," she said.

Lined with museums and other cultural institutions, the Parkway also offers some of the most iconic views of the city, giving Philadelphia its character and allure.

Judi Rogers of the Parkway Council said, "It's a place where people feel comfortable coming and calling it their own."

Sheila Hess of the City of Philadelphia said, "We don't even have to promote it as many people just know about it. It's that global identity and it's hard to believe it's a 100 years old."

But it wasn't without controversy. City Councilman Al Taubenberger points out neighborhoods and factories were leveled to make way for the Parkway. A fete of cooperation that's not lost on this lawmaker.

"To put that together I don't know if it could happen today. But I'm glad it happened and I'm glad it happened 100 years ago because we can actually enjoy it now," he said.
------
Send a News Tip to Action News
Learn More About 6abc Apps
Report a correction or typo
Related topics:
community & eventsphilly newsbirthdayben franklin parkway
Copyright © 2021 WPVI-TV. All Rights Reserved.
More Videos
From CNN Newsource affiliates
TOP STORIES