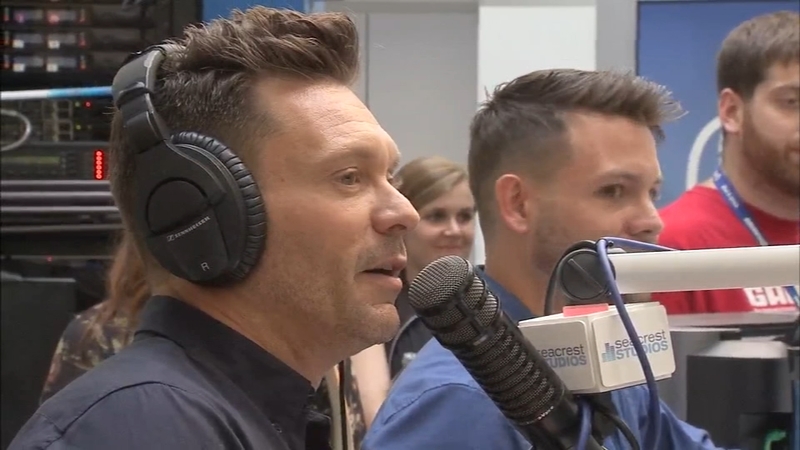 PHILADELPHIA (WPVI) -- 'American Idol' host and 'Live with Kelly and Ryan' co-host Ryan Seacrest spent the day with some budding radio and television professionals at Children's Hospital of Philadelphia.

He stopped by his "Seacrest Studio" built inside CHOP to have some fun!

The kids here cleared their rooms and Seacrest brought a special guest to celebrate the seventh anniversary of Seacrest studios, a state-of-the-art dual radio and TV studio.

Seacrest told the kids to welcome the one and only Camilla Cabello.
EMBED More News Videos

It looked and sounded like a regular broadcast between Ryan Seacrest and a pop superstar. Cabello sang a few notes for the crowd.

When Seacrest isn't hosting Live with Kelly and Ryan airing every morning on ABC, or American Idol or the radio, he turns his attention to charity.

"I thought if we could create this universe of fun, at a place where they could gather and be creative, that might give them the motivation to move around and something to look forward to each and every day and every week," said Seacrest.

Seacrest says in the future that he would like to link all of the Seacrest studio broadcast studios together so that programming and be shared through 10 hospitals across the country.