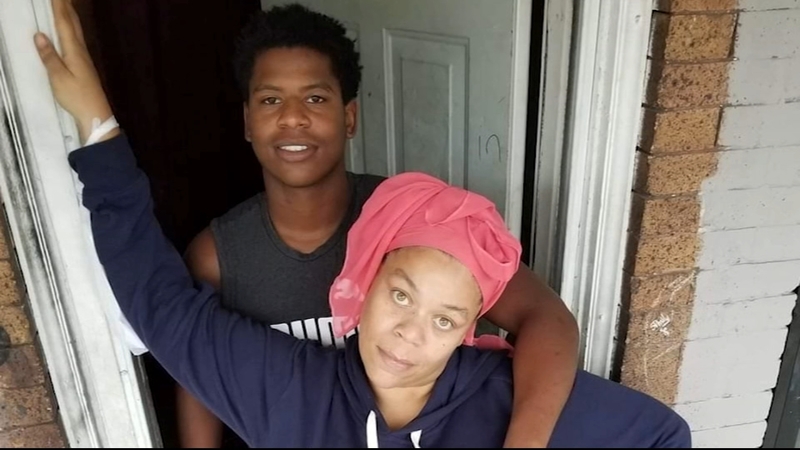 PHILADELPHIA (WPVI) -- In two months, 18-year-old Wahkil Hunter would have been the first person in his family to graduate high school.

"It was important to him to be able to make money to support his family," said his former teacher at Vaux Big Picture High School, Vivian Shaw.

The oldest of seven, Hunter was already training with a mentor to be an electrician before finishing high school.

"If opportunity doesn't knock, build a door," Hunter had told his classmates in a video presentation this past winter.

On Monday, April 5, just before midnight, police say he was shot five times on 8th and West Luzerne streets, a block from his home.

Police say there's no known motive for the shooting, and his killer is still on the loose.

Wahkil's teachers say he didn't feel safe in his neighborhood.

Police say a couple of months before he was killed, Hunter witnessed another shooting.

He wanted to get his family a new home. Now, that's what they need, and the community is helping.

"His mom is looking for stable housing in a safe neighborhood with her six children," said Shaw.

The school recently started a fundraiser and has received help from local nonprofit Mount Airy Groceries, which is feeding the family too.

"The whole world is in front of them, and it is snatched right out from of them, not because of who they are, but where they live and the opportunities that they lack," said Jessica Rights, founder of Mount Airy Groceries.

His family is in an Air Bnb until the end of this week. After that, they need a new place to live.

His family says a new home was what 18-year-old Wahkil, the future electrician, wanted so desperately for his family.