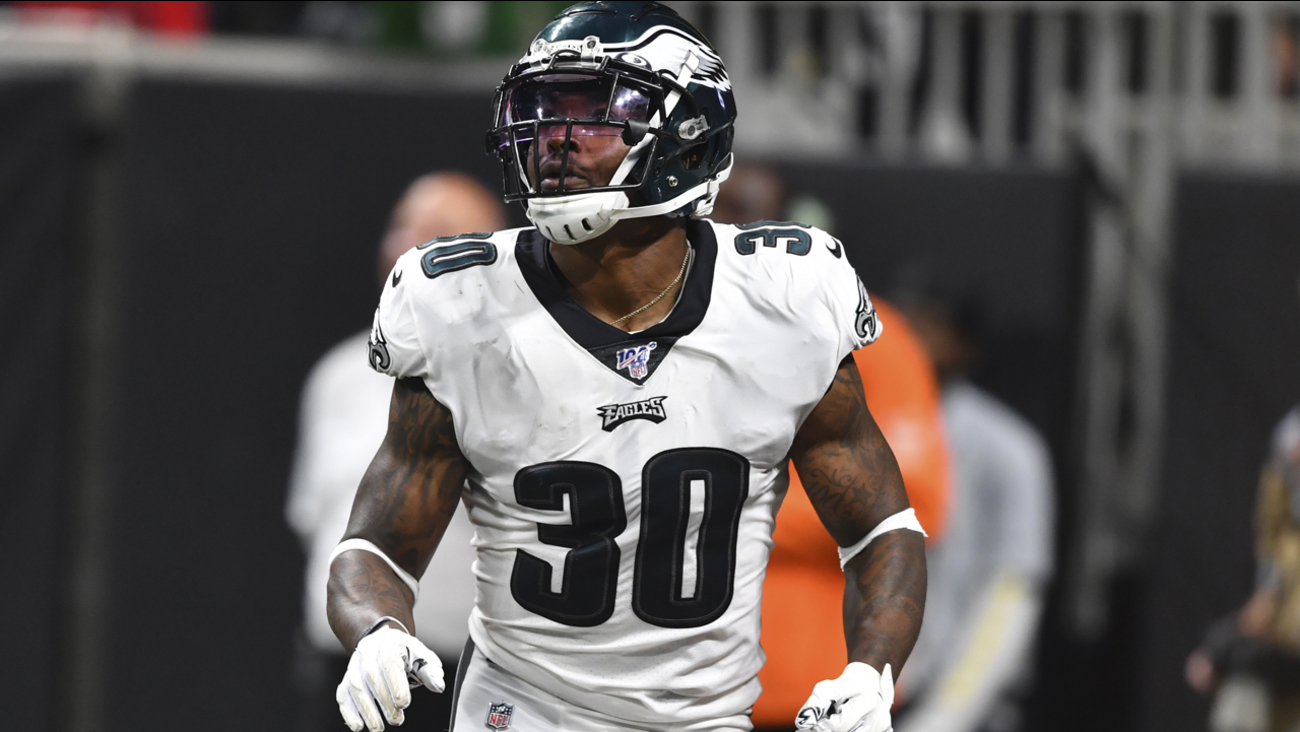 PHILADELPHIA (WPVI) -- Philadelphia Eagles running back Corey Clement will miss one to two weeks after suffering a shoulder injury during Week 2 against the Atlanta Falcons, a source tell Action News.

Clement, a Glassboro, New Jersey native, was hurt on a kick return in the second half. He was spotted wearing a sling in the locker room after Sunday's game. Clement had an MRI on Monday.

Clement's injury is just one of several plaguing the Eagles.

Defensive tackle Tim Jernigan left the stadium in a walking boot on Sunday, and will reportedly be out for some time with a foot injury.

"When Nelson got hurt at the end of the half, we had two receivers and one tight end (available), and we put offensive lineman Halapoulivaati Vaitai) as the extra tight end," said tight end Zach Ertz, who was dealing with sore ribs postgame. "It's just part of the game. There's only 46 guys that dress. Obviously, it's not ideal. I wish there was 53 guys that dressed. But it is what it is."