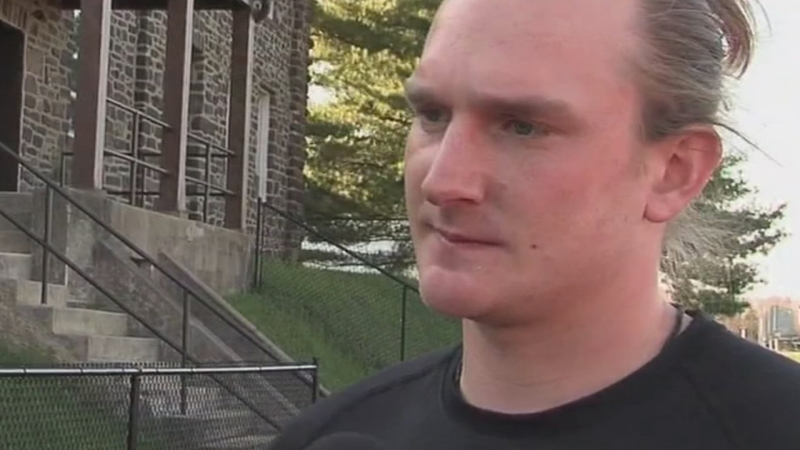 The story of Corey Kelly

COLLEGEVILLE, Pa. (WPVI) -- Corey Kelly is the type of player that is a coach's dream and a teammate's favorite.

A two-sport star in football and lacrosse back at Plymouth Whitemarsh High School, he's gone on to play both sports all four years at Ursinus College, finishing off his career as the captain and senior leader of the lacrosse team this spring.

"Amazing. Probably one of the most intense kids I've ever coached, very passionate about what he does, great teammate, great leader," Ursinus lacrosse coach Jaime Steel said.

What you'd never know by looking at him is that Corey's fighting spirit on the field is being tested off it.

He's recently diagnosed with Von Hippel Lindau syndrome, or VHL, a rare genetic condition that causes tumors throughout the body. It is the same disease that took the life of his father just 15 months ago.

"I think having that in the back of my head would slow me down, so I don't really think of this story ending in death. I think it's going to be a fight," Kelly said.

It's a battle he'll wage together with his family.

His older brother and sister also have the disease, one in which many of the treatments are not covered by insurance.

When Corey's friends and teammates learned the news, they started a GoFundMe Page that raised $15,000 in just a week.
Kelly plans on repaying that generosity with his never-dying positive attitude.

"Just another fork in the road, just got to jump over it. Just another hurdle on the track. You can't curl up in a ball, at the same time you have all these people around you supporting you and loving you, you really don't have that option," Kelly said.