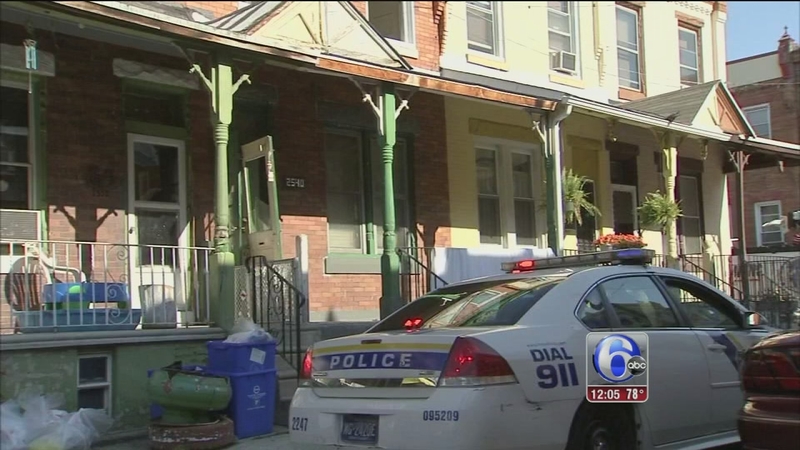 STRAWBERRY MANSION -- Police are investigating the death of a couple found inside a Strawberry Mansion home early Thursday morning.

Police were called around 1:00 a.m. to the 2500 block of North Spangler Street after someone reported hearing screaming.

The screaming was from the couple's 39-year-old daughter who had just made the discovery.

She found her parents, 66-year-old Gladis and 79-year-old Rufus unconscious in a stairwell.

They were pronounced dead at the scene.

"I'm hoping it's not foul play because my father stayed to himself," said daughter Denise Alston.

Neighbor Chanel Bundy saw a suspicious man yesterday in the couple's backyard, which she says was odd. It is a lead police are investigating.

"Miss Gladis don't let strangers in, she gotta let you in for you to get in. So for me to see him in the back yard with the back door open, I just figured he was doing something," said Bundy.

Fire crews entered the home with meters but said they did not find any readings of fumes. Carbon monoxide was ruled out.

Deputy Commissioner Carlton says his aunt was the oldest of twelve and the matriarch of the family.

"It's pretty rough, she was the person everyone leaned on in this family and again, they lived here for forty years," said Carlton.

The couple were retired and Gladis spent many years as a nurse at Hahnemann University Hospital.

An autopsy will be done on the couple to help determine the cause of death.