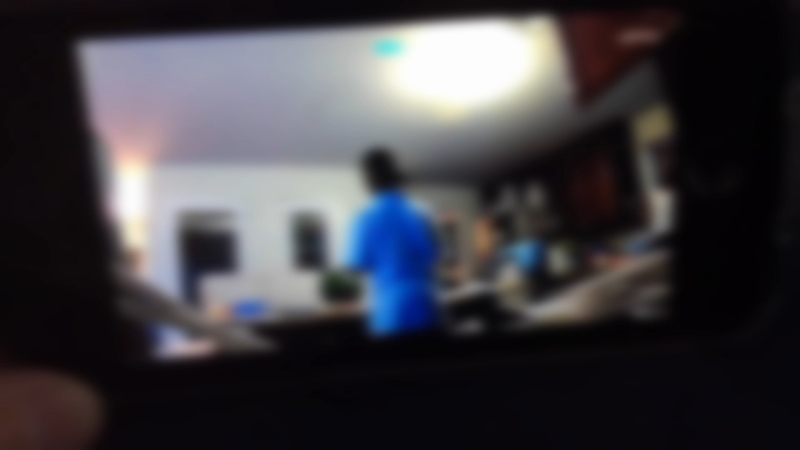 BENSALEM, Pennsylvania (WPVI) -- Two Bucks County, Pennsylvania households are baffled and alarmed after one of the families opened up their home security camera app only to discover they were looking into someone else's kitchen; coincidentally, someone they knew.

Edward Callahan and Nicholas Tees reached out to Action News after they said they had no luck getting solid answers from Comcast Xfinity about the problem.

"Having someone look into your home in a space that you consider very personal. It's alarming," said Edward Callahan.

Callahan and his partner were in for a disturbing surprise when they opened their Xfinity home surveillance app on Thursday morning.

They're usually able to see a view of their living room on the phone through the surveillance camera, but something wasn't right.

"He noticed the view we normally had wasn't what he was seeing," said Callahan.

It was actually a live view inside someone else's kitchen. Callahan said he called Xfinity twice to get the problem fixed.

"I was told at that time that it was actually an ad that they were pushing out for a new listen-in feature," Callahan said.

He said he not only saw people in a kitchen that wasn't his but also heard full conversations. That's when his partner realized he knew a woman in the video.

The woman told Action News she filed a police report with Bensalem police in hopes they would investigate the glitch.

Police told Action News that Comcast is investigating the issue for now.

Callahan said Xfinity technicians told them to delete the camera off the app to fix the problem but didn't give answers into how it happened or if it's a widespread problem.

"They never seem to have a sense of urgency. The technicians and everyone I spoke to said, "Yeah that's pretty strange. That's unusual but that's about it," Callahan said.

He calls it an invasion of his privacy and wants others to know.

"We are very sorry this happened and are working with both customers to address their concerns and resolve this. We have a technical team researching the issue and we will make sure that this does not happen again."
Report a correction or typo
Related topics:
bucks countysecuritycaught on camera
Copyright © 2021 WPVI-TV. All Rights Reserved.
More Videos
From CNN Newsource affiliates
TOP STORIES