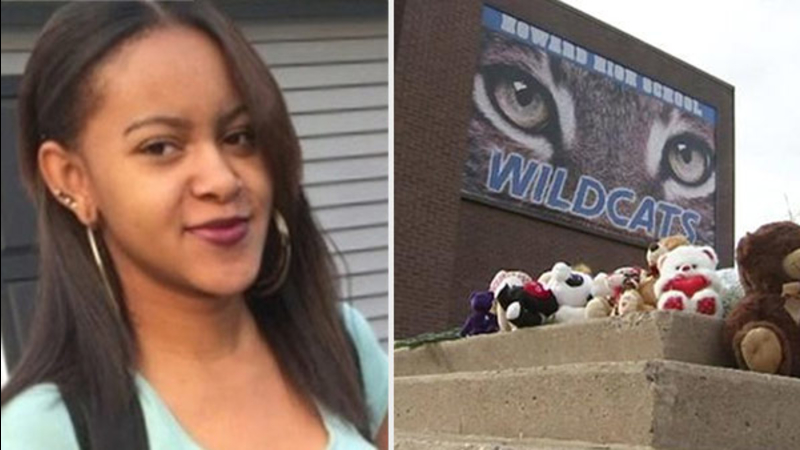 WILMINGTON, Del. -- Delaware's Supreme Court has overturned the conviction of a 17-year-old girl in a school bathroom attack that left a 16-year-old classmate dead.

The girl was found culpable of criminally negligent homicide by a Family Court judge and sentenced to six months in a juvenile facility for the 2016 death of Amy Joyner-Francis at the Howard High School of Technology in Wilmington.

An autopsy found that Joyner-Francis, who had a rare, undetected, heart condition, died of sudden cardiac death, aggravated by stress from the fight.

The Supreme Court on Thursday said no reasonable factfinder could have found that the girl acted with criminal negligence or, even if she did, that it would be unjust to blame her for Joyner-Francis' death given how unforeseeable it was that the fight would lead to a young teen dying of cardiac arrest.

Cellphone video of the attack shows Joyner-Francis struggling to fight back and escape as she is repeatedly hit and kicked in the head while her assailant holds on to her hair.

In a statement, Joyner-Francis' family said:

"The most dangerous city in the nation for children between the ages of 12-17 is Wilmington, DE. The overturned ruling by the Delaware Supreme Court today regarding the murder of Amy Joyner-Francis supports this fact. Did the justices see the video because the assailant literally kicked Amy six times in the head and landed over 20 body shots?

She and her cohorts plotted Amy's death on social media and they get to walk freely, while Amy's Family is bound by her untimely death.

Delaware is in desperate need of a complete overhaul politically, socially and most importantly spiritually. May God Bless the Family of Amy Joyner-Francis who cannot find justice or peace in the First State."