AP
SACRAMENTO, Calif. -- California's confirmed coronavirus cases have topped 409,000, surpassing New York for most in the nation, according to data from John's Hopkins University showing Wednesday that California now has about 1,200 more cases than New York.

However, New York's 32,520 deaths are by far the highest total in the country and four times more than California's tally, and its rate of confirmed infections of about 2,100 per 100,000 people is twice California's rate.

California is by far the most populous U.S. state, with nearly 40 million people, while New York has about 19.5 million.

The U.S. also has had consistent testing failures that experts say contribute to an undercount of the actual virus rate.

Robert Redfield, director of the Centers for Disease Control and Prevention, spoke on "Good Morning America" about mask-wearing and reopening schools during the COVID-19 pandemic.

The Centers for Disease Control and Prevention study said true COVID-19 rates were more than 10 times higher than reported cases in most U.S. regions from late March to early May. It is based on COVID-19 antibody tests performed on routine blood samples in 16,000 people in 10 U.S. regions.

California initially succeeded in slowing the spread of the virus, but the state has had a sharp reversal, with COVID-19 infection rates climbing sharply in recent weeks.

California residents starting in March were urged to stay home as much as possible and state health orders shut down all but essential businesses such as grocery stores.

Throughout May and June, California reopened much of its economy, and people resumed shopping in stores and dining in restaurants.

The extent of reopening was evident in data that showed California's unemployment rate fell in June as the state added a record 558,000 jobs.

But infections began to surge and a new round of business restrictions were imposed, including a ban on indoor dining in restaurants and bars.

Los Angeles County, the nation's most populous with 10 million residents, reported that younger people were driving the spread of new infections.

More than half of the county's new cases came from people under age 41 and the county's COVID-19 deaths was at 4,154 with positive cases topping 161,670, the county's Department of Public Health said.

"The tragedy of what we are witnessing is that many of our younger residents are interacting with each other and not adhering to the recommended prevention measures, while our older residents continue to experience the results of this increased spread with the worst health outcomes, including death," said Public Health Director Barbara Ferrer.

This story has been corrected to show that the number of New York deaths is 32,250, not 72,302, and that the New York death toll is four times higher than California's toll, not eight times.
Report a correction or typo
Related topics:
health & fitnessnew yorkcaliforniacoronavirusu.s. & world
Copyright © 2020 by The Associated Press. All Rights Reserved.
CORONAVIRUS 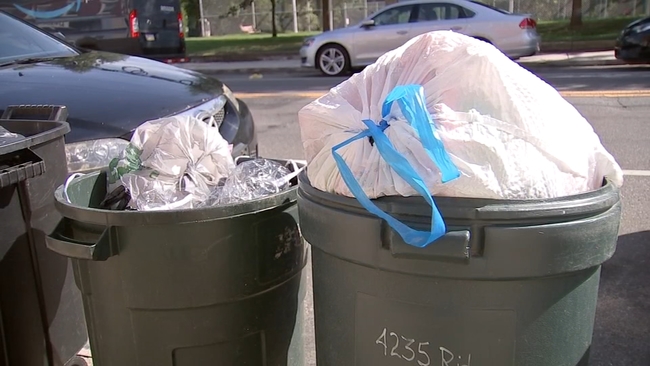