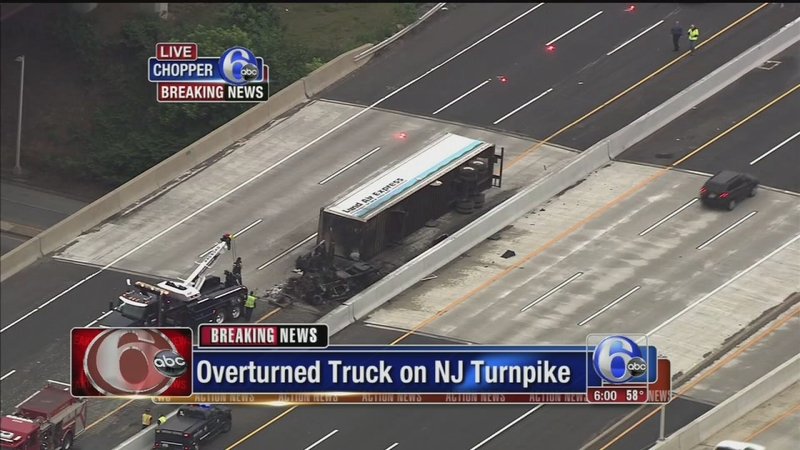 BORDENTOWN, N.J. (WPVI) -- A fiery crash involving a tractor-trailer is slowing traffic on the New Jersey Turnpike in Bordentown.

It happened before 5:00 a.m. Thursday in the outer southbound lanes (designated for both cars and trucks) approaching exit 7.

State police tell Action News the tractor-trailer driver lost control, causing the truck to overturn and catch fire and spill some diesel fuel on the highway.

Action News is told the driver suffered cuts and bruises and was being evaluated at the scene.

There was no immediate word what caused the driver to lose control.

Images from Chopper 6 HD over the scene showed the big rig lying on its side.

One lane of traffic was getting by in the outer southbound lanes of the turnpike approaching the scene.

Traffic was flowing normally in the inner lanes (which are designated for cars only).