Motorist hurt in crash with school bus in Atco, NJ 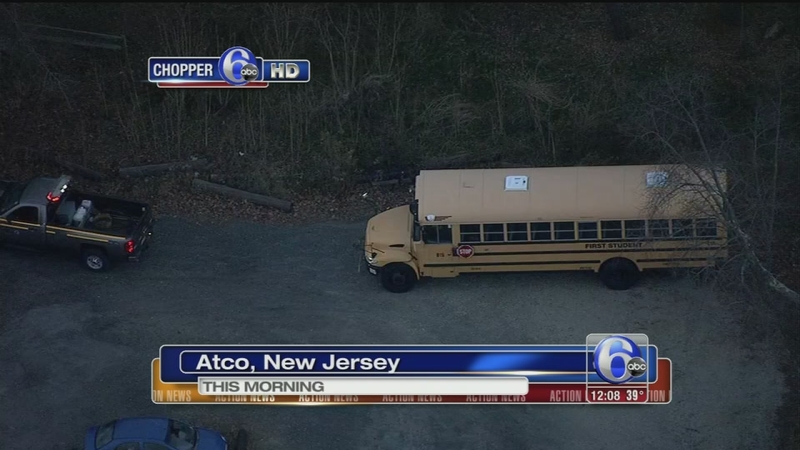 ATCO, N.J. (WPVI) -- A motorist has been injured in a collision involving an empty school bus in Atco, New Jersey.

Images from Chopper 6 HD that aired on Action News at 7:25 a.m. showed a black sedan about to be towed from the scene and a school bus parked a short distance away.

Multiple first responders were on the scene.

The school bus was not carrying any children at the time, and there were no reports of injuries to the school bus driver.

Medics were assisting the driver of the sedan. There was no immediate word on that person's condition.

Traffic was shut down at the intersection of Jackson and Cooper Roads as police investigated and crews worked to clear the scene.