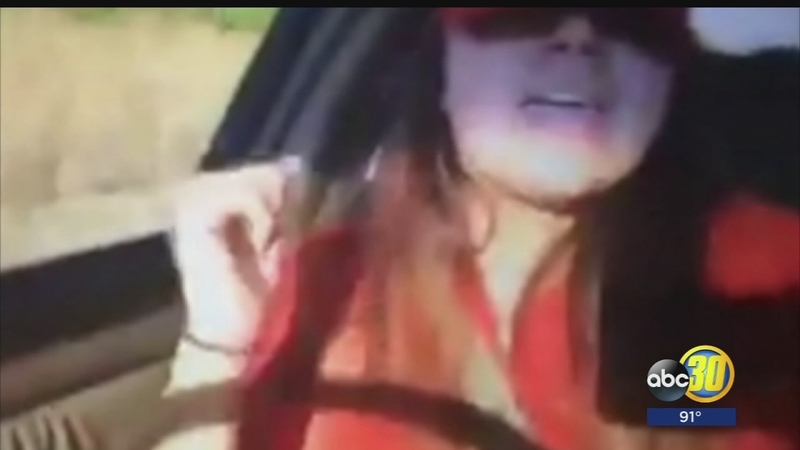 FRESNO, Calif. (WPVI) -- An 18-year-old Stockton, California woman is in jail accused of driving under the influence during a deadly crash Friday. The live Instagram recording shows Obdulia Sanchez next to a dead crash victim.

According to KFSN-TV, authorities say a 14-year-old died in the crash, and in the video she references the victim as her sister. The California Highway Patrol says two minors were in the back seat were not wearing seat belts.

Police say Sanchez was under the influence when she rolled her car over, into a barbed wire fence and then a field. The Merced County Sheriff says 14-year-old Jacqueline Sanchez was killed in the crash near Henry Miller Road and Highway 165.

"She was in the back seat of the vehicle and allegedly unseat-belted, and upon the vehicle rolling over, it ejected her and killed her," Sheriff Vern Warnke said.

"At first we didn't even want to believe it was real," she said. "I recorded it and posted it mainly because as someone who uses Snapchat I see a lot of people driving with their Snapchats doing what she was doing so to me it was like an eye opener."

Family members confirm the video was shot by Obdulia Sanchez. They say the victim, Jacqueline Sanchez of Stockton, was supposed to celebrate her Quinceanera Sunday.

A 14-year-old girl from Fresno was also in the car and was badly injured.

Sanchez is now in the Merced County Jail on charges of vehicular manslaughter while under the influence and DUI.