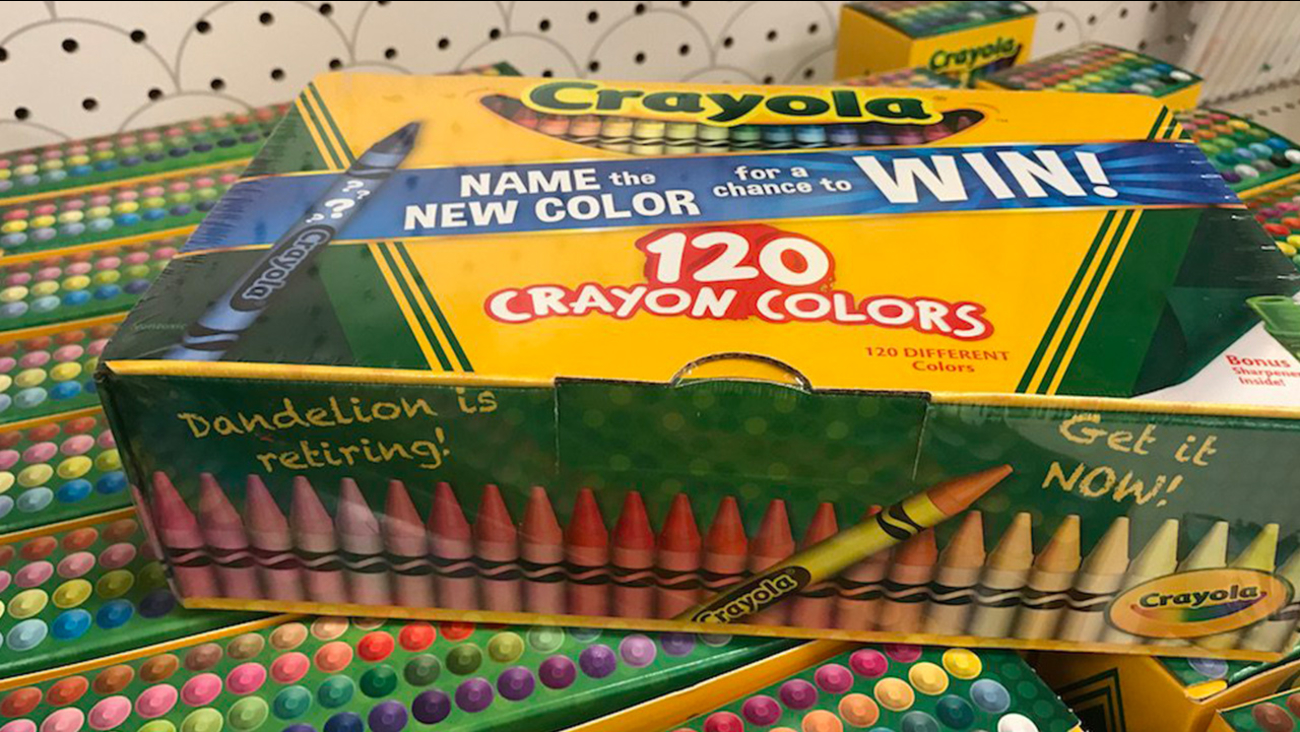 HOUSTON, Texas (WPVI) -- It's a day earlier than planned but it's official! Dandelion is retiring from the colorful world of Crayola.

Dandelion has been part of the Crayola collection since 1990. The color was added to the 24-count box in 1999. Dandelion is not the first to be removed from the 24-count box, but it is the first to be completely retired from all Crayola boxes.
Related topics:
hobbies & interestsartentertainmentu.s. & worldretirement
Copyright © 2022 WPVI-TV. All Rights Reserved.
TOP STORIES
AccuWeather: Few Snow Showers Sunday
Police investigate 2 deadly hit-and-run crashes in Philly
Truck with 100 monkeys crashes, 1 still on the loose, police say
Montco health department ties 10 hepatitis A cases back to restaurant
Arnold Schwarzenegger involved in multi-vehicle crash
NYPD officer killed, suspect is from Allentown
How a 73-year-old grandmother outwitted a scam artist
Show More
Shootout at Northern Liberties gas station
Driver dies in fiery crash in Port Richmond
Grocery stores faced with heavy impacts amid supply chain issues
Temple U updates mask guidelines ahead of students' return to campus
Police officers, good Samaritan lift SUV off trapped woman
More TOP STORIES News