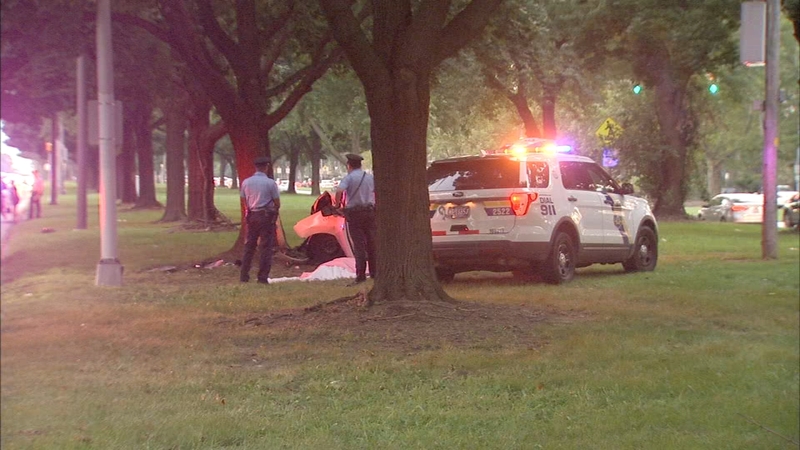 Woman killed when SUV slams into tree on Roosevelt Blvd.

CRESCENTVILLE (WPVI) -- A woman is dead after crashing her SUV into a tree along the Roosevelt Boulevard in Philadelphia's Crescentville section on Monday night.

The crash happened around 7 p.m. near the intersection of F Street.

Witnesses told police that the 2008 Nissan Rogue was traveling southbound in the inner lanes when the driver inexplicably lost control, jumped the curb onto the center median, and then crashed head-on into the tree.

The, identified as 34-year-old Shakeya Kennedy, was pronounced dead at the scene.

Kennedy was the sole occupant of the vehicle.

Police are investigating what may have caused the driver to lose control of the vehicle.