A camera did capture images of the alleged suspect's vehicle.
WPVI
By Rick Williams and Heather Grubola 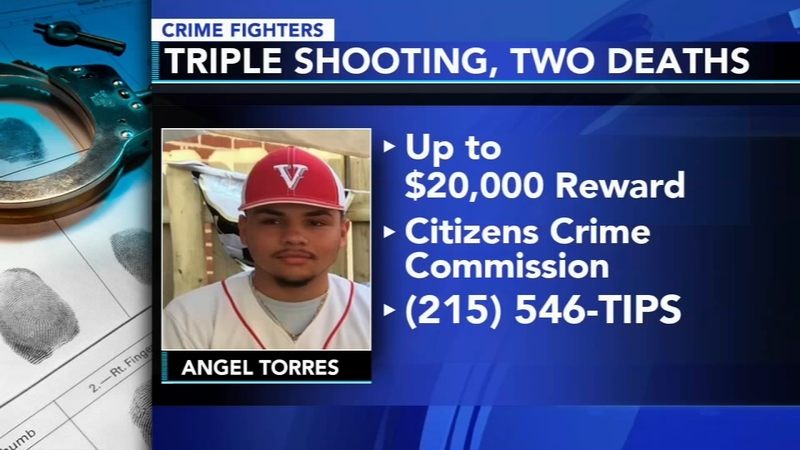 PHILADELPHIA (WPVI) -- A gathering of friends at an after-hours club in North Philadelphia ended deadly for two men.

Now one of the men's family members makes a plea in helping find his killer.

Sports were a passion for 22-year-old Angel Torres.

"One of our favorite things about him was always how much he loved and knew so much about sports," said his aunt Donna Hernandez. "He just had a mind for the statistics of it."

"He had gone out to watch a bunch of college basketball previous that night, and then he went out with friends. They were at an after-hours club," she said.

The club was located on the 3200 block of North Front Street.

Just before 4:30 a.m., police were called for reports of a shooting.

"When they came outside, somebody drove up towards the corner and then began to shoot with an automatic weapon," said Hernandez.

Torres and 22-year-old Brian Madera were killed. A third was injured.

A camera did capture images of the alleged suspect's vehicle.

"It's either a dark blue or green, hunter greenish SUV. It had a broken tail light on the left rear side, and it did have a tire on the back of it which the wheel does not have a cover," she said.

"He's never going to be a statistic, you know we every day mourn him, and it's very difficult when you don't have answers."