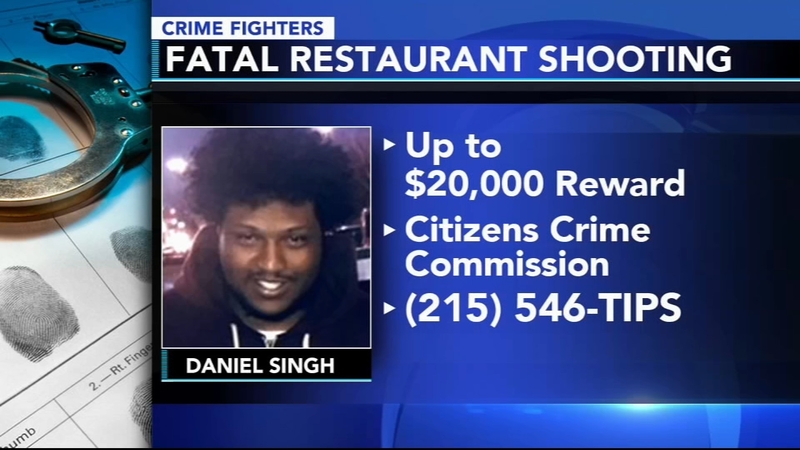 PHILADELPHIA (WPVI) -- A stop to grab a quick beverage led to the death of a young man in South Philadelphia. Police hope surveillance video will lead to the arrest and conviction of the person responsible.

On Tuesday, January 15, 2019, Daniel Singh and a friend stopped at a Chinese restaurant along the 2000 block of West Snyder Avenue in South Philadelphia. It was just before 7 p.m.

Police were called to the scene for the report of a shooting.

"When they got to the scene, they found the body, and he had multiple gunshot wounds. They transported him to Jefferson Hospital," said Santo Montecalvo of the Citizens Crime Commission.

The 23-year-old was pronounced dead. Philadelphia police have released surveillance video from that night.

It shows two males arriving at the restaurant in a light-colored sedan.

The two walk up to the entrance and go inside. The video shows some sort of altercation between Singh and at least one suspect.

Shots were fired, and the two suspects ran away.

"We're still looking for information to solve this crime. If anybody out there knows of anyone or has any information, please contact the Crime Commission at 215-546-TIPS," said Montecalvo.