I never thought I'd be burying my 28-year-old son," said Yullio Robbins.
WPVI
By Rick Williams and Heather Grubola 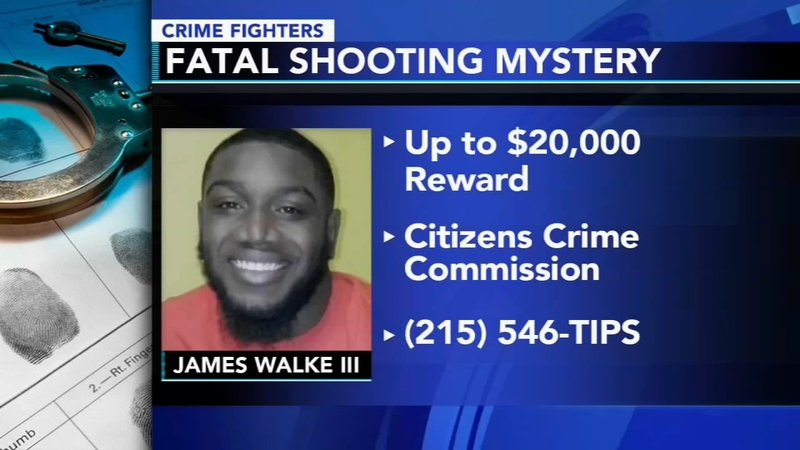 PHILADELPHIA (WPVI) -- A mother whose been grieving for far too long is coming with another plea to find her son's killer.

She says it's time someone comes forward.

"Six years...each year gets harder and harder for me to digest. But I just learned to live with it. But every day feels like February 23 to me," said Yullio Robbins.

"James was a real charmer, overly affectionate. He was just a loving person, he loved life, and he loved people," she said.

Just after 2 p.m. on Tuesday, February 23rd, 2016, Walke was walking along the Unit block of West Seymour Street in Philadelphia's Germantown section.

"He was going to meet a friend on Wayne Avenue, Wayne and Seymour streets, but the friend never showed up," she said.

Police said when Walke turned around to go back, he was approached by another man.

Robbins describes what was shown in the surveillance video of the suspect.

"He walks up on James, shoots James numerous times, overkills James, and then jogs back down a little side street," she said.

Walke died at the hospital. He was just 28-years-old.

"You know, as a mother, this is hurtful. It's just unbelievable sometimes. I never thought I'd be burying my 28-year-old son," she said.