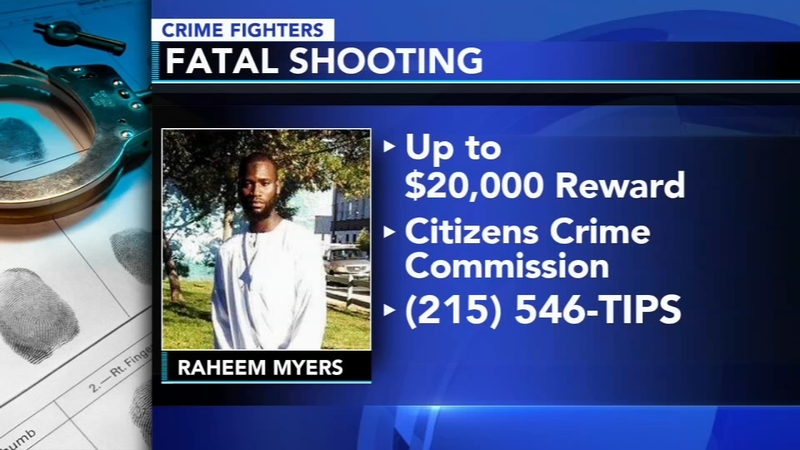 PHILADELPHIA (WPVI) -- Seventeen months after a Philadelphia man's death, his grieving mother is still trying to process the loss of her son.

Pamela Belcher says it hurts that her grandchildren will have to grow up without their father, 30-year-old Raheem Myers.

"He had a smile that would light up a room. I miss that smile every day," said Belcher.

Belcher wore a mask to partially hide her identity when she spoke with Action News about her son.

"Raheem was a lovely dad, a lovely brother, and son. He was beautiful, and it's just hard without him," she said.

On Friday, July 3, 2020, Myers was in his neighborhood along the 1700 block of North 23rd Street in North Philadelphia.

Around 1:20 a.m., police were called for reports of a person with a gun.

Once they arrived, Myers was found suffering from multiple gunshot wounds to the chest.

"I had gotten a phone call that I had to come to the hospital, and I didn't want to go, but I had no choice," she said.

"It's been 17 months, but to me, it seemed like yesterday because I'm destroyed. My world will never be the same because my baby is no longer in it," she said.

Officials say two bikes were found at the scene. One of them was a rental.

"I don't understand what gives them the right to take my son's life and take him away from his family," she said.

Belcher says she will keep her son's memory alive for his children.

"I want them to know that Daddy loved them and that he should still be here to see them grow up," she said.