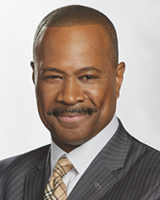 NORTH PHILADELPHIA (WPVI) -- A grieving mother is coming forward to make a plea with the hope of finding the person who killed her daughter.

Nancy Celia says when she was looking through pictures of her daughter for her funeral she noticed something that made her smile.

"There was nothing but this and that's what everyone had said that her smile, her laugh, and they miss it so much," Celia said.

Celia says Debra Gulliver was a 33-year-old who was trying to find her place in life.

On Friday June 23rd, Gulliver was out in the city dropping off applications, then hanging out with friends until the early morning hours of Saturday June 24th.

Celia says in that small span of time after Gulliver parted ways with her friend, she was brutally attacked in a park behind Dobbins High School in North Philadelphia.

Police say she was stabbed more than 12 times.

Celia is baffled by what happened, especially since she says nothing was taken from Gulliver.

"She had her phone and she had a necklace with her father's gold diamond ring that she always wore and it was still on her neck," she said.

Send a breaking news alert
Report a correction or typo
Want to comment?
Learn more about the 6abc apps