Curio's 'A Symphony for Saint Georges,' an immersive art installation detailing the life of Joseph Bologne 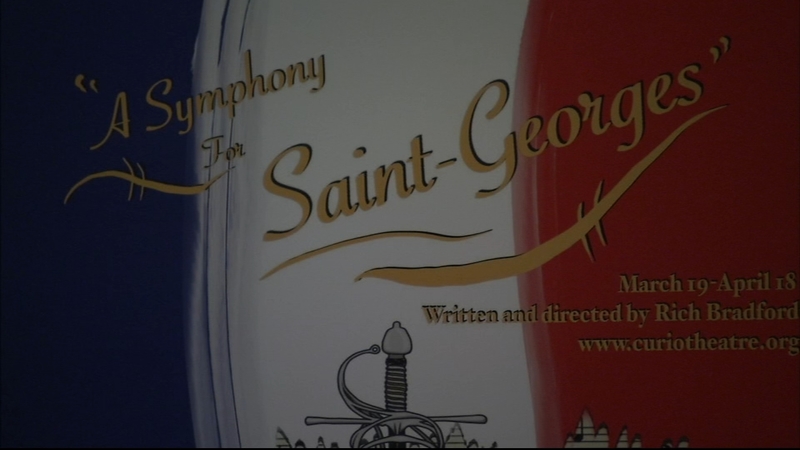 Curio's "A Symphony for Saint Georges," an immersive art installation detailing the life of Joseph Bologne

A symphony for Saint-Georges is an interactive art installation showcasing the life of the famed composer Joseph Bologne, Chevalier de Saint-Georges.

"He was originally born in Guadeloupe, the son of a slave named Nanon," says Paul Kuhn Co-artistic Director. "At one time he lived with Mozart in the same house in Paris. But because he was Black, he got virtually no recognition."

Groups of up to four can walk through an abstract of his life's journey, as he became the first classical composer of African ancestry.

"He was called the Black Mozart, which is really, really racist, because he stood on his own," Paul explains.

"His life is about perseverance and pushing ahead," said playwright and co-artistic director Rich Bradford.

"He moved his way up through the elite and became one of the best fencers the world has ever known," added Paul.

He was also a world-class violinist. A role played in this show by Randall Goosby.

"Who's an up-and-coming violinist who recently played with the Philadelphia Orchestra," Paul explains.

With COVID, none of the actors are live. Goosby's performance is projected in a pipe organ.

Saint George's mother narrates much of the story.

And it's the French Revolution. The show runs 30 minutes and ends inside a 50-foot violin.

"It's like a big, big stage of edutainment because you'll learn something as well," declares Rich.

And the directors hope that the experience can be life-changing.

"I'm hoping this piece can inspire a little black kid right here in West Philly to say, 'Hey, I can be Saint Georges.' That's something that's very important to us," Rich conveys.