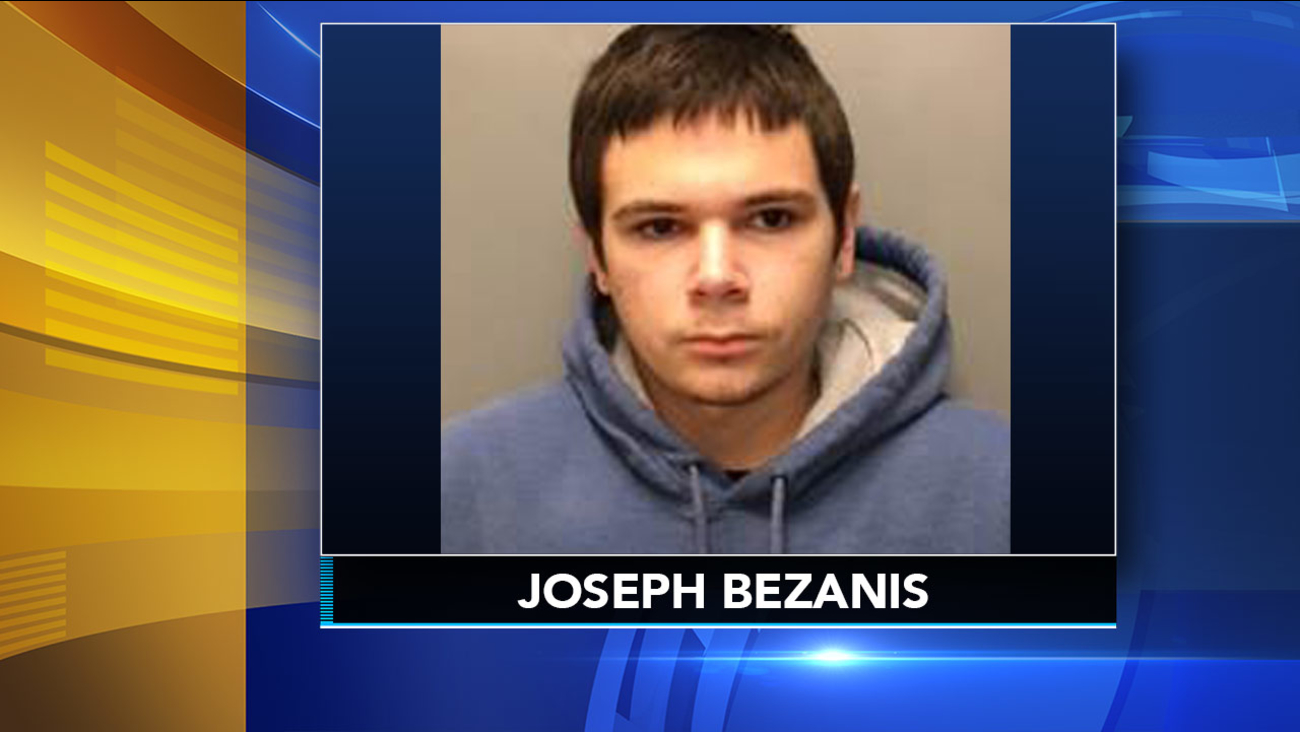 FRANCONIA TWP., Pa. (WPVI) -- A driver has been charged with homicide by vehicle after his car slammed into a Montgomery County house, leaving an 86-year-old woman dead.

Joseph Bezanis, 21, of Telford, Pa., was charged following the crash on April 6 in Franconia Township.

Investigators say he had a blood alcohol concentration of .172, more than twice the legal limit, along with the presence of THC, the major active ingredient in marijuana.

Officers were called to the home in the 300 block of Harleysville Pike just after midnight to find a car had left the roadway, crashed through the wall of the house, and went into a first-floor bedroom.

Woman, 86, killed after car crashes into her Montco home. John Rawlins reports during Action News at 4pm on April 6, 2018.

The woman sleeping inside, Marianne Lambert, was pronounced dead at the scene.

Police believe Bezanis was driving at least 83 mph before his car left the roadway. Investigators say an analysis of the tire tracks gave no indication he tried to steer or stop before the crash.

In fact, investigators say, there were signs the driver sped up after the vehicle was on the lawn.

Watch video from the Action Cam at the scene of a deadly crash in Franconia Twp., Pa. on April 6, 2018.

"The defendant's decision to use marijuana as well as drink at a local bar turned deadly when he got behind the wheel of his vehicle and drove impaired," said District Attorney Kevin Steele. "The defendant turned his vehicle into a lethal weapon that killed a grandmother as she was sleeping in her bed. His actions have left a family without a matriarch and have forever affected their feelings of safety in their own home."