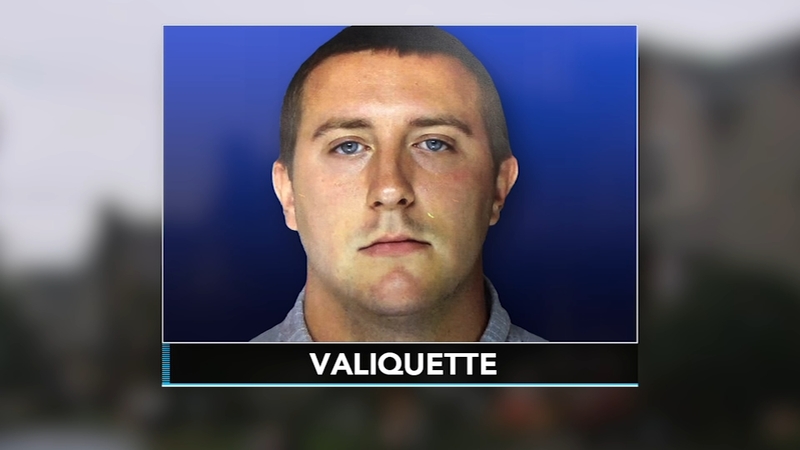 DA: Teen raped by man she met on 'Whisper'

HAVERTOWN, Pa. (WPVI) -- A Delaware County man has been charged with raping a 14-year-old girl that he met on 'Whisper,' a social media app.

Police said Joseph Valiquette, 22, of Havertown targeted the girl through the app, which is an anonymous social network where people don't have to let others know who they are.

The girl, also a Havertown resident, had posted messages that she was home alone, depressed and lonely after an argument with a family member.

Authorities say this case highlights why parents need to know what their teens are doing on their cell phones.

"She began conversing with him, he seemed nice, according to what she described, and they agree to hang out and watch a movie," said Delaware County District Attorney Katayoun Copeland.

Copeland said the teen invited Valiquette over to her home and within five minutes he was at her door asking to see her bedroom.

"Upon entering her bedroom, he forces her down unto the bed, he begins physically choking her around the neck, pulls down her shorts and rapes her right there in her bedroom," said Copeland.

The crime happened back on April 22, but because the suspect had made the alleged posts anonymously, it took authorities until Thursday to arrest him.

Authorities said officials at 'Whisper" cooperated with the investigation, but there were some issues.

"They initially provided us information which was not accurate, so it took us longer because they were slow in responding," said Copeland.

Valiquette told police the sex was consensual and he thought the girl was 16.

With Valiquette in custody, there was no one else answering the door at his apartment on the unit block of East Marthart Avenue in Havertown.

Action News spoke with his neighbor Claudia Capuzzi who has a 13-year-old daughter.

"I have seen him before I think, but I never expected this would happen. This is very scary, she's very scared actually," said Capuzzi. "All the friends are texting about this situation."

Notably, there is a remarkable resemblance between the sketch compiled by State Trooper Michael Davis with the aid of the victim and the suspect's mugshot.

"I would say Trooper Davis did an incredible job," said Copeland. "That's just one of the many talents he has."

Valiquette remains in jail after he failed to post 10 percent of his $150,000 cash bail.