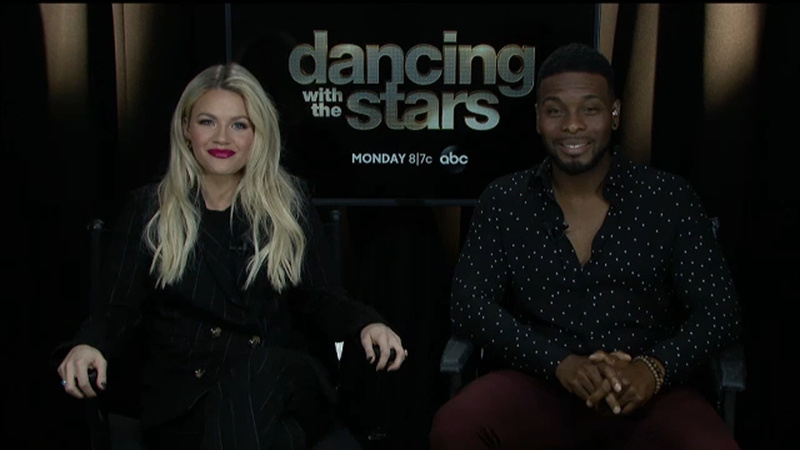 NEW YORK -- "Dancing with the Stars" is in full swing and so are Kel Mitchell and Witney Carson! The duo have been on fire with their performances, often earning some of the top scores.

Witney was disappointed after she slipped on her dress last week, and judge Len Goodman called her out.

"Yeah, that was really hard for me, because nothing like that has ever really happened to me on my career with 'Dancing with the Stars.' I've has a few wardrobe malfunctions, but not quite like this one," Witney said. "I definitely was frustrated with myself that I kind of let us down, but really proud of Kel that he was able to handle that situation like a serious professional."

However, they have been training hard. This week, they will tackle the Jive with a special Halloween performance.

"I was soaking my legs last night!" Kel said. "It's definitely fast!"

Witney promised that their costumes were not "normal" Halloween costumes.

Kel said that he hopes to do some more Latin inspired dances because he loves to get his hips moving.

"I like the ones with a lot more hip movement, because they (the judges) seem to like it," Kel said.

Meantime, Witney is also preparing to take on the live stage show tour right after this season.

"Meeting the fans and being able to perform and get back to our talent and love for this passion of ours," Witney said. "We're going to so many amazing cities and I'm so excited to get back to New York because it's one of my favorite cities."

Kel said that he thinks he and Witney have what it takes to bring the Mirror Ball Trophy home.