Man accused of firing shot inside Delaware Co. Walmart turns himself in to police 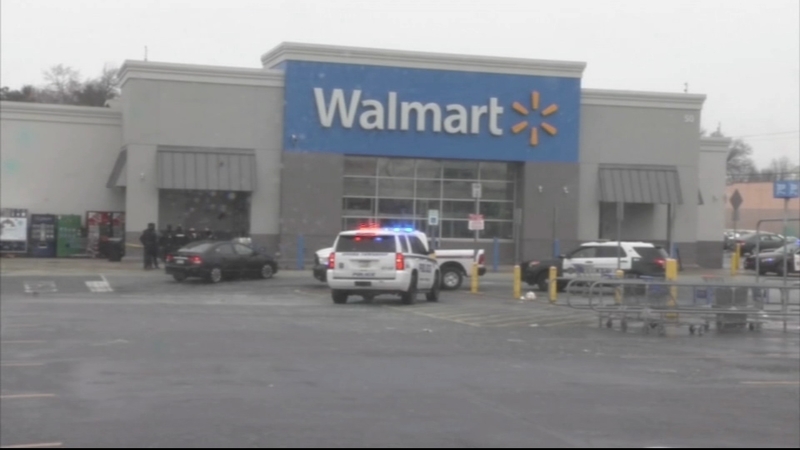 DARBY, Pennsylvania (WPVI) -- Police in Delaware County, Pennsylvania say the man wanted in connection with an altercation and a shooting at a Walmart in Darby Township has turned himself in.

"We are happy this came to a peaceful resolution," police said.

Police say the incident started around 8:30 a.m. Sunday at the Walmart on MacDade Boulevard in Darby Township after Dixon and an employee got into an argument.

The pair ended up in the vestibule area in the front of the store when police say the suspect fired one shot towards the employee.

The shot missed and no one was injured.

A shooting inside a Walmart led to a standoff situation in Darby, Delaware County. The suspect is still on the run, police say.

Police say after Dixon fled from Walmart he was involved in another incident in Upper Darby and is then believed to have come back to his home in the 400 block of Main Street in Darby Borough.

Multiple agencies responded, including officers in SWAT gear, surrounding his residence and blocking the street. But police believe Dixon was able to leave his home before officers arrived.

The Action Cam on the scene of a standoff in Darby, Pennsylvania.