Special Report: Getting your own dash camera 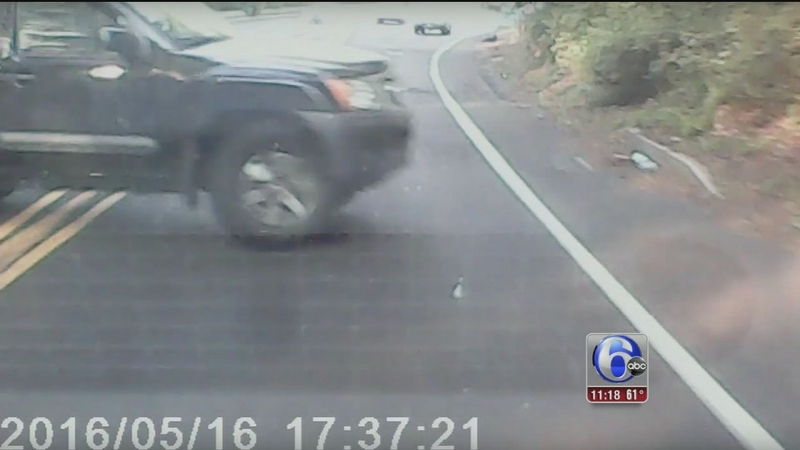 VIDEO: Getting your own dash camera

We're used to seeing dash cam video from police, but perhaps it's time you consider getting one for your personal vehicle.

More people are doing it and finding that it comes in handy in all sorts of situations.

Steve Tinari tweeted me a video him braking just in time after a car turned into his lane.

His wife told him they should get the car's license plate number.

Tinari says he got his dash cam video because he thought it would be fun. Now he's realizing it's useful.

He says in this case, it helped police track down the offending driver and give him a written warning.

"It's a recorder. It's a silent watchman," Tinari said.

And his dash cam has recorded other near misses.

He tells Action News he stopped before making a legal right turn on red, but a cop said otherwise.

"The argument that he made was that I never stopped at all. So when we went to court, I approached my defense that way, saying I did in fact stop," Fiorino said.

Fiorino says he won because of the dash cam video.

Good thing because he says when he came back there was a car behind his and two people trying to rip him off.

"They said, 'When you got into the parking spot, you banged into my hood. You damaged my front end.' I said, 'What are you talking about? There was no car there,'" Brice said.

Brice told them he had it all on camera.

But before you get a dash cam, Tinari has tips.

1. Buy one that starts immediately recording on its own.
2. Buy one that lets you close the monitor so it isn't distracting.
3. Make sure it's as helpful as possible when trying to prove an insurance claim or court case, get one that has a date and time stamp and records in a continuous long loop.

Some automatically save the video to an internet cloud.

Basically, they're legal as long as the monitor is not visible to the driver.

If your dash cam records audio, inform the people in your car or it could be considered illegal wiretapping.

Also do not expect to save money on insurance. U.S. insurers do not offer a discount for dash cams.

App for $3.99 that turns your phone into a dash cam