Perris torture case: David and Louise Turpin sentenced to 25 years to life in prison for shackling, starving their children 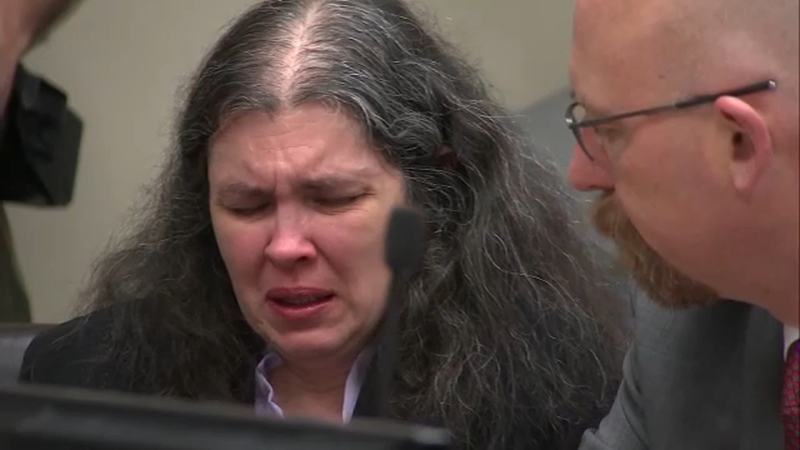 RIVERSIDE, Calif. -- David and Louise Turpin, the Perris couple arrested in January 2018 for torturing most of their 13 captive children, were each sentenced Friday to 25 years to life in prison by a judge in Riverside County.

"The only reason your punishment is less than the maximum is that you took responsibility and spared your children the harm of reliving it," Superior Court Judge Bernard J. Schwartz said.

Before the sentence was handed down, one of the couple's adult daughters entered the courtroom at the Hall of Justice with tears in her eyes. The 30-year-old made a victim-impact statement as supporters, attorneys, and reporters listened intently.

"My parents took my whole life from me but I'm taking my life back," she said. "I'm going to college. Life may have been bad but it made me strong. I saw my dad change my mom. They almost changed me, but I realized what was happening. ... I'm a fighter, I'm strong and I'm shooting through life like a rocket."

One of the 13 children of David and Louise Turpin, the Perris couple arrested in January 2018 on torture charges, told her parents during their sentencing how her life has changed since being held captive.

Tears streamed down the faces of each of the Turpin parents.

One of their sons, who is 27 years old, stepped to the podium and read a statement from one of his siblings before delivering his own remarks. None of the victims were identified by name in court, and Schwartz prohibited any photography of them.

"I cannot describe in words what we went through growing up," he said. "I still have nightmares of what happened, including my siblings being chained up. But that is the past, and this is now. I love my parents, and have forgiven them for a lot of the things they did to us."

Louise Turpin's lip quavered as she addressed the court.

"I'm sorry for everything I've done to hurt my children. I love my children so much," she said.

The couple's arrest came after one of their daughters escaped from the family's home and used her brother's deactivated cellphone to call 911. A recording of that desperate 20-minute phone call was obtained by ABC News.

The eldest child of David and Louise Turpin told his parents, who tortured 12 of their 13 kids, that he still has nightmares of his siblings being beaten or chained by his parents.

In the 911 call, the 17-year-old girl is heard telling the dispatcher that her parents are "abusive," adding that her two younger sisters are "chained up to their bed."

"Are you home-schooled?" the dispatcher asks.

The eldest child of David and Louise Turpin read a statement during their sentencing from one of his sister, who says she thanks her parents for teaching her and her siblings about God and faith.

An attorney representing some of the adult Turpin siblings said many don't want to talk to their parents "for a long time."

The parents pleaded guilty in February. Riverside County District Attorney Mike Hestrin said they will be eligible for parole after serving the minimum amount of time - 22 years.

"Unless a parole board... decides they should be released, they will serve the rest of their life in prison," Hestrin said.

Prosecutors said the Turpins abused 12 of their 13 children, some of whom were routinely shackled and beaten. The mother and father pleaded guilty to one count of torture and one count of dependent abuse as well as several counts of false imprisonment, child endangerment and adult abuse.

In a statement read on her behalf, the daughter of David and Louise Turpin, Joy, said her parents' prison sentence for torturing and imprisoning 12 of their 13 children was "too long."