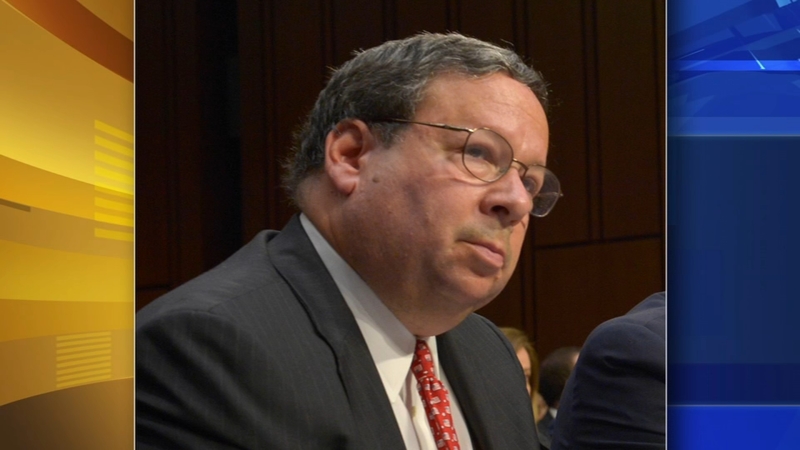 Cohen is a senior executive at the cable company Comcast, and previously served as chief of staff to another powerful Biden ally, Ed Rendell, when Rendell was the mayor of Philadelphia. He was an early backer of the president's third White House run, hosting Biden's first 2020 presidential campaign fundraiser.

Cohen said in a statement that, if confirmed, he would look to grow "the important relationship" as both nations look to rebound from the coronavirus pandemic. Canada announced this week that it would ease restrictions at the border next month, allowing U.S. citizens and permanent residents living in the United States who are fully vaccinated to enter without quarantining.

The U.S. government on Wednesday extended the closure of the land borders with Canada and Mexico to non-essential travelers until at least Aug. 21.

Kennedy, a gun control advocate, came to know the president during the years when Biden served with her husband in the Senate.

She is the president of the board and co-founder of the Edward M. Kennedy Institute for the United States Senate, a non-partisan nonprofit that educates the public about the U.S. Senate, and also leads the education committee of the board of trustees for the Kennedy Center in Washington.

Kennedy has also served on the boards of gun control advocacy groups, the Brady Center to Prevent Gun Violence in Washington, D.C., as well as Stop Handgun Violence in Boston. She founded the group Common Sense about Kids and Guns, aimed at reducing guns deaths and injuries to children.

"My parents and grandparents taught us through the example of their own lives how important it is to serve and give back," Kennedy said in a statement. "And my late husband, and his extended family, embodied the noblest qualities of service to country. I am humbled by the confidence the President has placed in me, and if confirmed, I look forward to being able to serve my country as ambassador to Austria."

Biden is also giving serious consideration to another member of the Kennedy family.

Caroline Kennedy, the daughter of President John F. Kennedy who served as ambassador to Japan during the Obama administration, is being weighed as a contender to serve in a high-profile ambassadorial role -- perhaps in Asia or Australia, according to a person familiar with the deliberations who was not authorized to comment.

The White House also announced that Biden was nominating Jamie Harpootlian, a South Carolina attorney and influential Democrat in the early primary state, to serve as his ambassador to Slovenia. She is married to another powerful South Carolina Democratic operative and Biden ally, state Sen. Dick Harpootlian.