McCormick, who grew up in Pennsylvania, moved from Connecticut and bought a house in Pittsburgh.
AP
By MARC LEVY Associated Press

HARRISBURG, Pennsylvania -- After several months of positioning himself to run, ex-hedge fund CEO David McCormick is entering Pennsylvania's campaign for U.S. Senate, bringing a glittering resume and high-level connections across government, finance and politics to a topsy-turvy GOP primary field in one of the nation's premier contests.

McCormick, 56, has the support of various state party stalwarts and veterans of former President Donald Trump's administration advising his campaign in a bellwether-state contest that is expected to help determine control of the U.S. Senate.

He boasts a resume that checks practically every box a politician might want to brag about: He grew up on a farm, graduated from West Point, fought in the Gulf War, got a doctorate from Princeton University, served in senior positions in former President George W. Bush's administration and reached the pinnacle of business success as a Wall Street CEO. 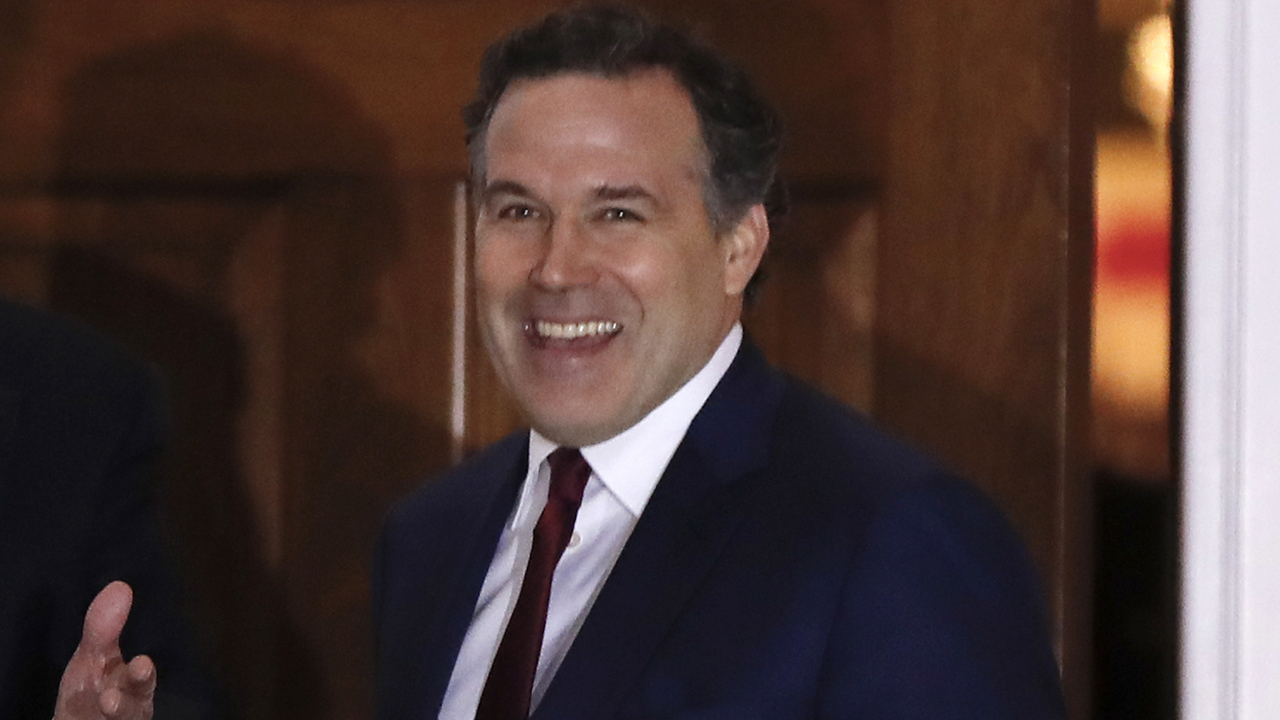 In a brief interview Wednesday afternoon, McCormick signaled he would target Biden's economic and foreign policies, as well as left-wing "woke" culture. He was roused to run by the U.S. exit from Afghanistan, which he called a "real demonstration of incompetence and a lack of accountability for the Biden administration."

McCormick, who grew up in Pennsylvania, just left his job as CEO of Bridgewater Associates, one of the world's largest hedge funds, based in Westport, Connecticut. To run, he moved from Connecticut - where he's lived since 2009 - and bought a house in Pittsburgh's East End.

The Republican primary field is in upheaval with the exit of the Trump-endorsed candidate, Sean Parnell, creating a vacuum still being filled by new candidates. The seat is open with the departure of retiring two-term Republican U.S. Sen. Pat Toomey.

Winning it is no slam dunk for McCormick.

He is one of three wealthy, connected candidates - including Mehmet Oz, the heart surgeon who carries unrivaled name recognition as the host of daytime TV's "The Dr. Oz Show" - moving from blue states to run in decidedly purple Pennsylvania. That is raising carpetbaggery cries from GOP primary rivals.

RELATED: Dr. Oz is running for Senate in Pennsylvania, but does he live here?
EMBED More News Videos

The heart surgeon turned celebrity doctor is being criticized for not holding residency in the very place he aims to represent.

McCormick's backers tiptoe around that by stressing his growing up in Pennsylvania, graduating from high school in Bloomsburg where he still owns a family Christmas tree farm, and spending about a decade in business in Pittsburgh, where he ran online auction house FreeMarkets Inc.

Some Republicans know McCormick through his father, who was the first chancellor of the state university system under then-Gov. Dick Thornburgh.

McCormick could run for U.S. Senate this year in solidly blue Connecticut, but he rebuffed any suggestion he's "coming back" to Pennsylvania.

Rivals are also targeting McCormick over Bridgewater's hefty investments in China, suggesting that he would be soft on a formidable U.S. adversary.

Still, investing in fast-growing China is par for the course for big, diversified hedge funds, and Bridgewater is invested in so many different markets that its China assets are but a fraction.

McCormick said experience with China, both in government and in finance, is an asset in dealing with an existential challenge that risks the United States' economic and national security, as well as global stability.