PHILADELPHIA -- David Montgomery has been named Chairman of the Philadelphia Phillies, leaving Pat Gillick at his current position of President, the team announced Wednesday.

Gillick assumed the role of President back in August when Montgomery took a leave of absence.

"It is expected that in his role as Phillies Chairman, Montgomery will remain active in Philadelphia civic, business, sports, and charitable endeavors, and also will maintain his close association with Phillies fans, customers, and sponsors. He will continue to be very involved in Major League Baseball committees and projects, as well," a statement from the team read.

Gillick has served as a Senior Advisor to the President and General Manager for the Phillies since 2009.

"I am fortunate to be healthy enough now to resume some of my previous responsibilities. I am very appreciative that Pat Gillick is willing and available to remain as the club's President. Pat and I have become very close since he joined us in the fall of 2005. I look forward to returning to work as Phillies Chairman," Montgomery said in the statement.

Bill Giles, the team's current chairman, will take on the role of Chairman Emeritus.

Coincidentally, Montgomery was named President of the Phillies on June 20, 1997, succeeding Giles. 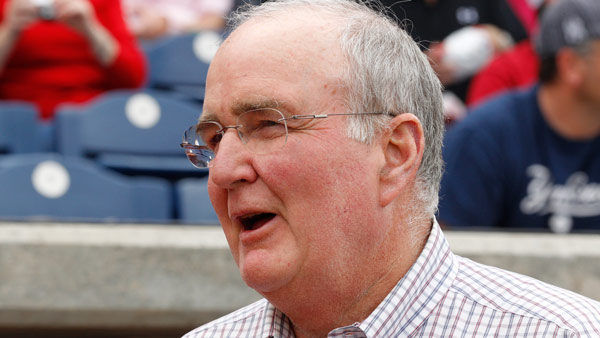