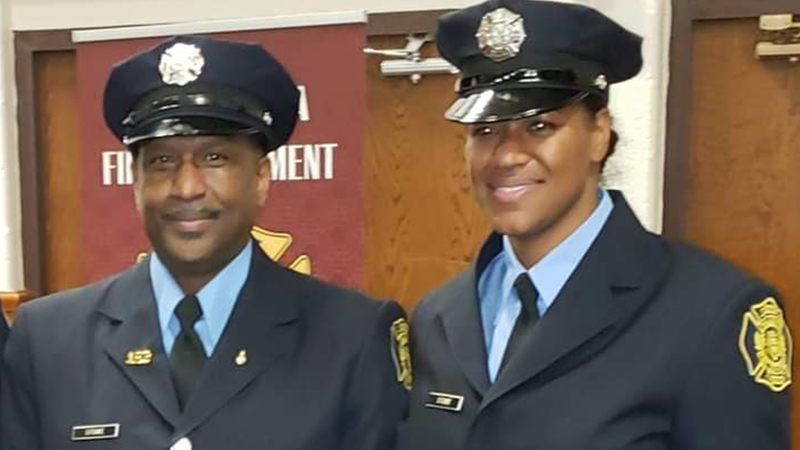 As a child, Daynese Stowe used to visit her dad, Jeffery, at his job at the local fire station. She looked up to the man many referred to as a local legend. Now, as an adult, she's working alongside him in the Philadelphia Fire Department in West Philadelphia.
The two made history as the city's first black father-daughter duo, and are making a difference in the neighborhood they call home. Jeffery celebrated his 30th anniversary as a firefighter on the same day his daughter, Daynese, graduated from the academy.

Localish checks in on how this family of firefighters is making history.