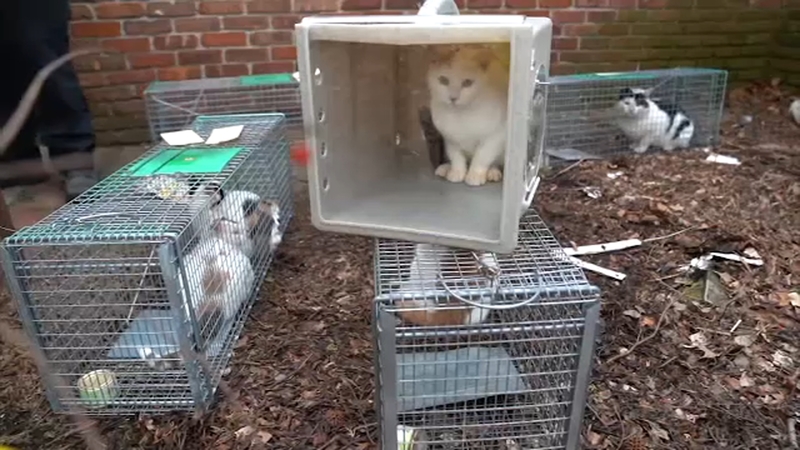 LYNBROOK, Long Island -- Dozens of cats both living and dead were found in a home on Long Island, New York along with two feet of human feces in the bathtub.

Police and hazmat teams responded to the scene after a neighbor reported the situation to police, and the woman who lives in the home was taken to the hospital Tuesday.

Authorities say they found two deceased cats and at least 11 living ones, and they believe others are hiding in the home.

The smell and the filth, according to detectives, was overpowering.

The Society for the Prevention of Cruelty to Animals said the homeowner is a woman in her 50s who lived alone with the cats and has been living in these conditions for quite some time.

"The house is uninhabitable for humans," Nassau County SPCA Detective Gary Roger said. "We took all of the cats out. There's cats hiding, so we are leaving traps, we are leaving food."

Police are unsure how many cats are inside, but they believe it could be as many as 30.

Authorities have not identified the homeowner and charges were not announced.

The cats seized will be cleaned and examined, police say, and the healthy ones will eventually be put up for adoption at the Town of Hempstead Animal Shelter.