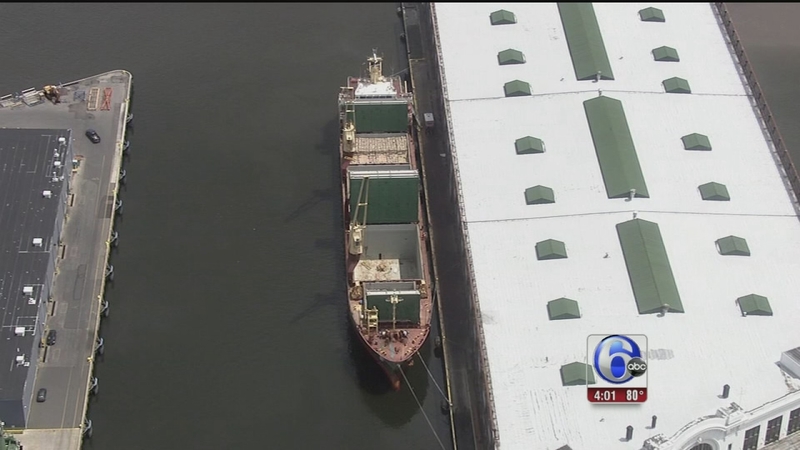 SOUTH PHILADELPHIA (WPVI) -- Officials are investigating the discovery of a body of a stowaway on a ship in a South Philadelphia port Monday.

It was sometime before 1:00 p.m. when the call came out for hazmat crews and officials to respond to the 2400 block of S Columbus Boulevard for the SIAN C ship, sailing under the British flag.

The situation started unfolding a bit past noon today when Kareem Dye and some of his fellow dockworkers smelled a strong odor as they started unloading a shipment of cocoa beans from a cargo ship docked at Pier 84.

Dye tells us, "Then we find a bag, a bag full of cookies, powdered milk, formula - all types of snacks and stuff."

And Dye says he was certainly not prepared for what happened next.

Authorities have since confirmed that the body of a man was, indeed, found inside that cargo ship.

Judging from the supplies found nearby, investigator say the indications are that the victim was a stowaway who likely found his way on board before the ship left the nation of Ivory Coast on its way to Philadelphia.

But the cause of death remains a mystery.

Authorities say his death could've resulted from anything including exposure to chemicals used to preserve the beans, to high heat, or lack of oxygen. He may have even drowned when the beans were irrigated.

The pending autopsy should reveal the man's cause of death.

So far, no word on the man's identity.