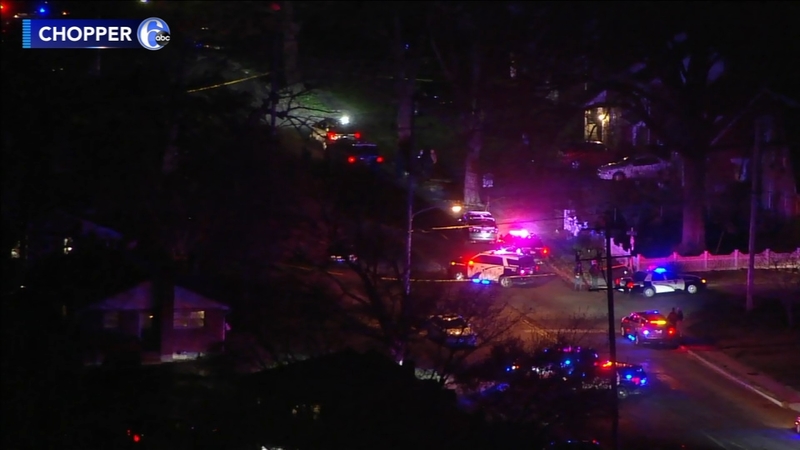 POTTSTOWN, Pennsylvania (WPVI) -- A deadly police-involved shooting is under investigation in Montgomery County.

Authorities say at least three 911 calls came in Friday April 10 around 8:30 p.m. in Pottstown about neighbors arguing along the 300 block of West King Street.

Two officers arrived to a home where someone with a handgun began firing at police.

According to investigators, the male suspect, who was identified as Jonathan Lee Adams, 31, lived at the residence in Pottstown with his girlfriend. He was taken to Pottstown Memorial Medical Center where he was later pronounced dead.

A Glock 9 mm firearm was recovered by the body at the scene, authorities said.

Police say Adams was not able to legally possess a firearm, and the gun was legally registered to his girlfriend.

Per protocol, officers involved in the shooting will be placed on paid administrative leave pending an investigation, authorities said.

The shooting is now being investigated by the Montgomery County District Attorney's office.