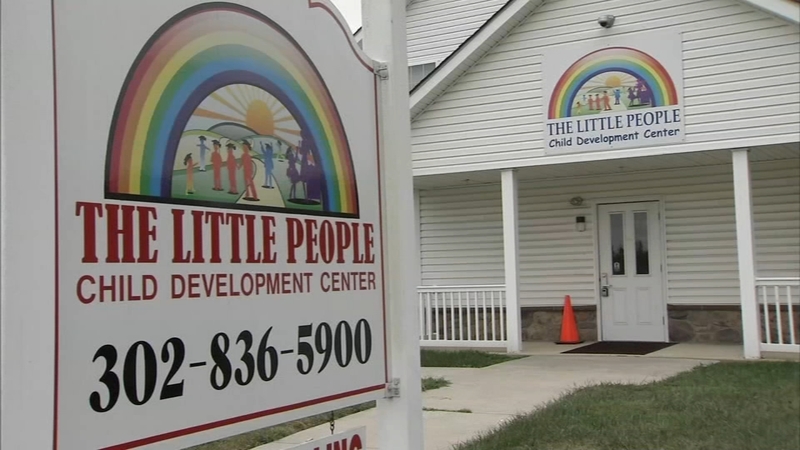 BEAR, Delaware (WPVI) -- The Delaware Division of Child Care Licensing has given the OK for the Little People Child Development Center to reopen after a worker confessed to murdering a 4-month-old baby earlier this month.

Police responded to the Little People Child Development Center in the 3800 block of Wrangle Hill Road around 10:35 a.m. on September 5 for the report of an unresponsive child.

The baby girl was taken to Christiana Hospital where she was pronounced dead.

State police said Dejoynay Ferguson, 19, was the assigned caregiver to the infant at the facility. She is now charged with first-degree murder in connection with the death.

According to police documents, video from inside the day care show Ferguson grabbing the 4-month-old girl from the floor, and putting her on a changing table. Ferguson is seen putting on latex gloves and then covering the infant's mouth and nose for more than three minutes.

Police said the child became motionless and unresponsive before Ferguson removes her hands. Ferguson then placed the child back into a crib, according to police.

After approximately 20 minutes, police said Ferguson told the owner of the day care that the baby was unresponsive and 911 was called.

Authorities said she later confessed to the crime, and the license of the facility was suspended.

Officials said Wednesday that the suspension has been released, but that the center was voluntarily staying closed for the time being.

A full compliance review was conducted and two violations were found: the center needed two additional reference letters for two staff member and they needed to have a specific form completed for the person who was trained in the day-to-day operations in the absence of the administrator or curriculum coordinator, officials said.

The violations were corrected on September 18, and the Office of Child Care Licensing lifted the suspension, citing that the imminent threat was no longer present after Fergurson was arrested and confessed to the crime.