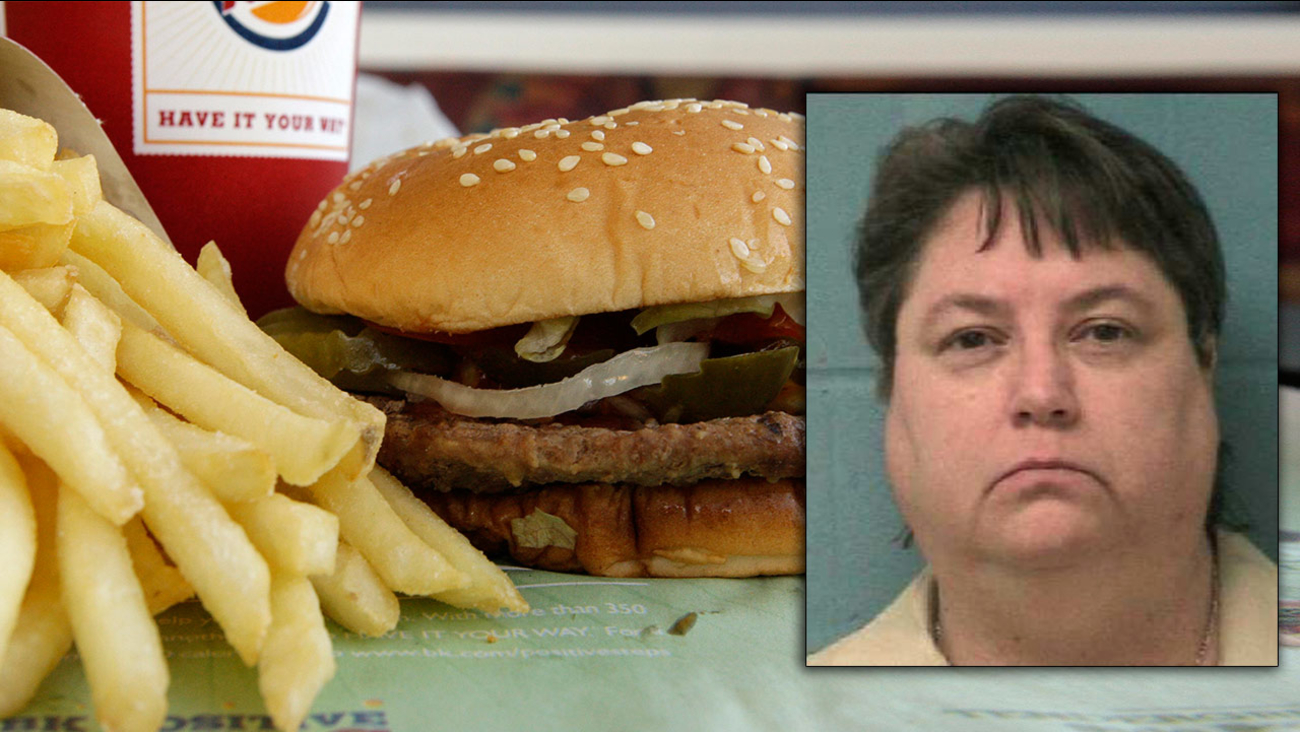 ATLANTA, GA -- A Georgia death row inmate is making sure her last meal is one to remember.

Kelly Gissendaner is scheduled to be put to death next week for the murder of her husband. The Atlanta Journal-Constitution says she'll the first woman put to death in Georgia since 1945.

For her last meal, Gissendaner asked for cornbread, buttermilk, two Whoppers with cheese and all the trimmings, two large orders of french fries, cherry vanilla ice cream, popcorn and lemonade. She also wants a salad with boiled eggs, tomatoes, bell peppers, onions, carrots and cheese to be topped with Paul Newman buttermilk dressing.

Prison officials in Texas banned last meals in 2013 after convicted murderer Lawrence Russell Brewer requested two chicken fried steaks, a triple-meat bacon cheeseburger, fried okra, a pound of barbecue, three fajitas, a meat lover's pizza, a pint of ice cream and a slab of peanut butter fudge with crushed peanuts. The ban was put into effect after Brewer reportedly refused to eat any of the food.

It is not yet known whether if Gissendaner last meal request in Georgia will be granted.