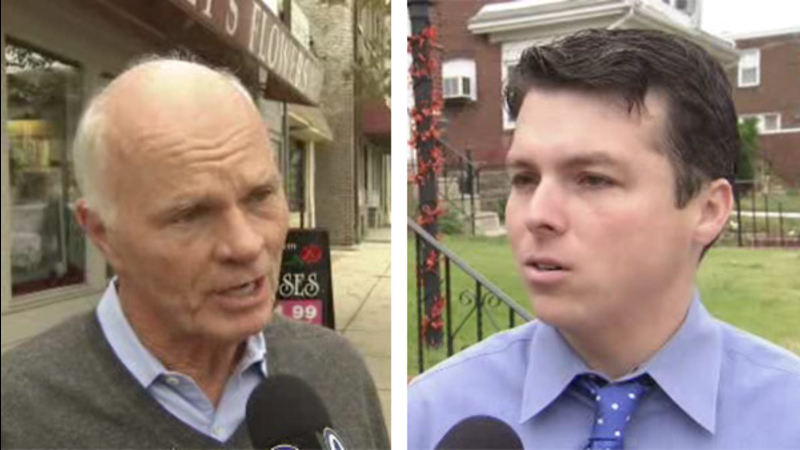 The 13th Congressional District is divided between Northeast Philadelphia and Montgomery County and in the upcoming election two new faces are vying to win the seat.

Brendan Boyle, the democratic nominee, says his formula for victory is to generate voter turnout.

He is already a three term state lawmaker and is especially counting on his heavy support from labor unions across the spectrum to help him generate that turnout.

"I believe the fact that the minimum wage is lower today than at any point since the late 1940s is a disgrace. My opponent believes that minimum wage should stay exactly where it is," said Boyle.

The republican nominee is businessman Dee Adcock. He's a retired Air Force colonel who lost a bid for this seat two years ago.

"Helping the economy, in general, is one thing that would help small businesses. Right now the president could immediately sign the Keystone Pipeline Bill - it passed DPA, it passed everything - and it will create jobs," said Adcock.

As the campaign goes into the home stretch, both candidates are starting to go door to door seeking voter and volunteer support.

They are also starting to take the gloves off as they take swipes at each other.

"He is a die-hard Tea Party conservative. I don't think that would be the best person to represent Montgomery County or Philadelphia in congress," said Boyle.

"He just doesn't have any experience - life experience and in the private sector," said Adcock.