LOS ANGELES -- The average great white shark clocks in between 11 and 15 feet long, but one great white spotted just a few times in recent years blows her brothers and sisters out of the water.

Her name is Deep Blue and, at an estimated 20 feet long and possibly still growing, she's widely considered to be among the largest great white sharks ever caught on camera. It's thought that she could be more than 50 years old.

Mauricio Hoyos Padilla, a shark conservationist working for Discovery's "Shark Week," shot jaw-dropping footage of the massive creature off Mexico's Guadalupe Island in 2013. In the video, the gargantuan creature swam up to the crew's dive cage and poked around curiously before disappearing back into the blue.

Researchers managed to affix a tag to Deep Blue during their expedition. The tag is a scientific device that transmits the shark's depth, location and other data to help researchers better understand the animal's behavior and movement.

Deep Blue swam back into the spotlight again in early 2019 off the coast of Hawaii, where she was spotted by a National Geographic documentary crew as she feasted on a whale carcass.

Based on the appearance of the shark's stomach, the crew also posited she could be pregnant -- though the sperm whale feast could also be responsible for her enlarged stomach.

That encounter is detailed in an encore presentation of "World's Biggest Great White?" on Friday, August 2, at 8/7c on Nat Geo WILD.

This story was originally published in July 2018 and has been updated to reflect a 2019 sighting.The Walt Disney Company is the parent company of National Geographic Channel and this station. 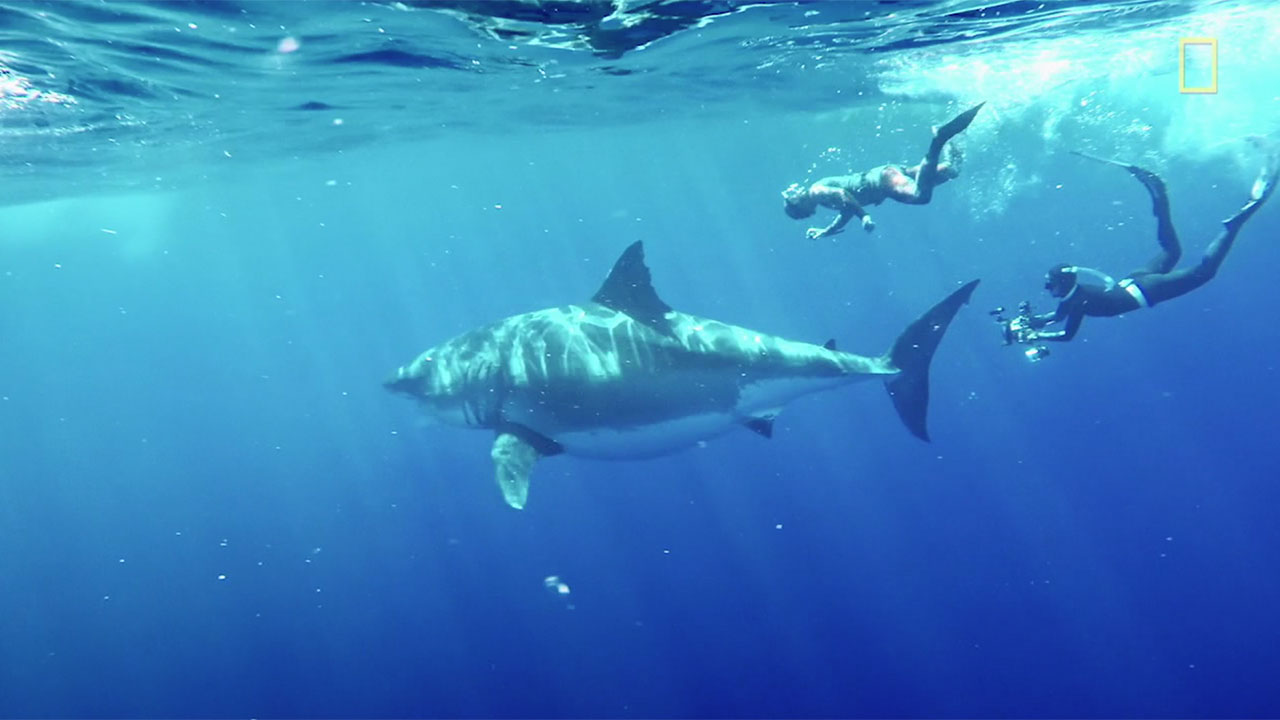 The best ways to see sharks up close!