Anyone with information is asked to contact Delaware State Police.
WPVI
By 6abc Digital Staff 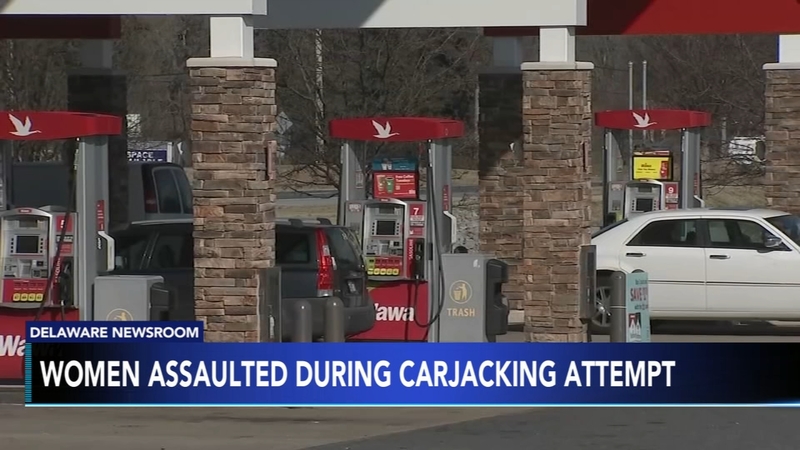 CLAYMONT, Delaware (WPVI) -- Delaware State Police are investigating two carjacking incidents at Wawa parking lots that occurred within hours of each other.

The first happened around 6:14 p.m. Friday at the Wawa on the 1400 block of Beaverbrook Plaza in New Castle.

Police say a 63-year-old woman was outside her vehicle, a black 2011 Chevrolet Malibu, at the gas pumps when three masked male suspects ran up to her and demanded her vehicle.

Police say the woman complied and the suspects fled away in her Malibu.

The victim was not injured.

Just hours later, around 5:20 a.m. Saturday, an attempted carjacking occurred at the Wawa on the 2600 block of Philadelphia Pike in Claymont.

State police say two young men, approximately 15 to 25 years old, approached a 56-year-old woman and a 72-year-old woman while they were sitting in their car outside the store.

Police say the suspects opened the vehicle doors on both sides and began demanding the victims to exit the car.

When the victims were slow to comply, police say one suspect hit the 56-year-old woman in the back of the head with a handgun.

At the same time, police say the 72-year-old woman was physically assaulted by the other suspect.

Both suspects ran and fled the scene in a silver Mazda 3.

The 56-year-old victim was treated and released from an area hospital for injuries to the head.