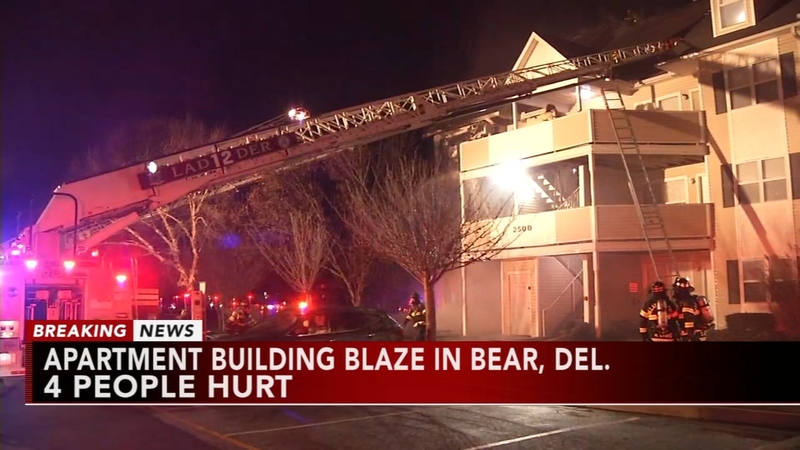 Firefighters fought the blaze in the 2500 block of Cindy Drive and had to rescue a number of residents.

Officials said the fire broke out just before 9 p.m. at the Rockwood Apartments. The Office of the State Fire Marshall said cigarettes ignited landscaping near the building causing the blaze.

Residents had to stand out in the bitter cold while firefighters beat back the flames.

Four people were treated at the scene for injuries.

Two people were transported to Christiana Hospital for smoke inhalation. Officials said all patients were in stable condition.

The American Red Cross is assisting those in need.