6 hurt in crash in Talleyville, Delaware 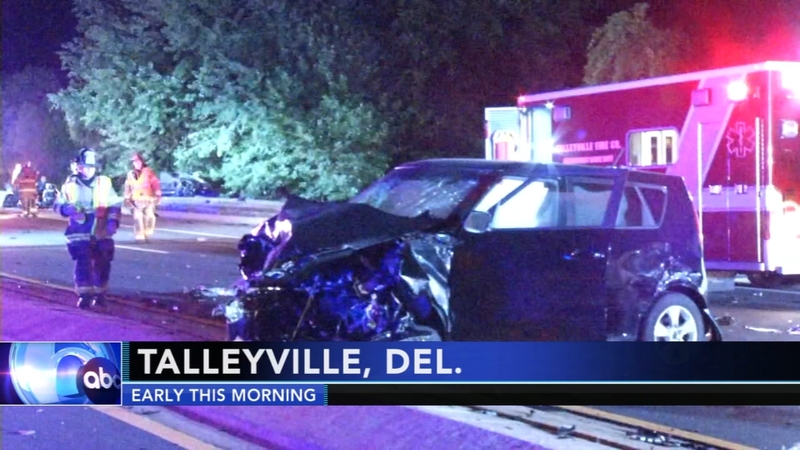 7 hurt in crash in Talleyville, Delaware

TALLEYVILLE, Del. (WPVI) -- Delaware State Police are trying to determine what caused a crash that injured six people in Talleyville.

The crash happened just before 1:30 a.m. Saturday at the intersection of Naaman's Road and Ebright Road when a car was struck head-on by another vehicle.

Shortly after, a motorcyclist ran into the rear of the crash scene.

When crews arrived at the scene they found six people in need of medical attention.

A 24-year-old male and a 22-year-old female also suffered injuries and were transported to the hospital in stable condition.

The driver of the motorcycle, a 25-year-old male, was also transported to the hospital in serious condition after suffering injuries to his arm, chest and knee.

All patients were transported to Christiana Hospital.