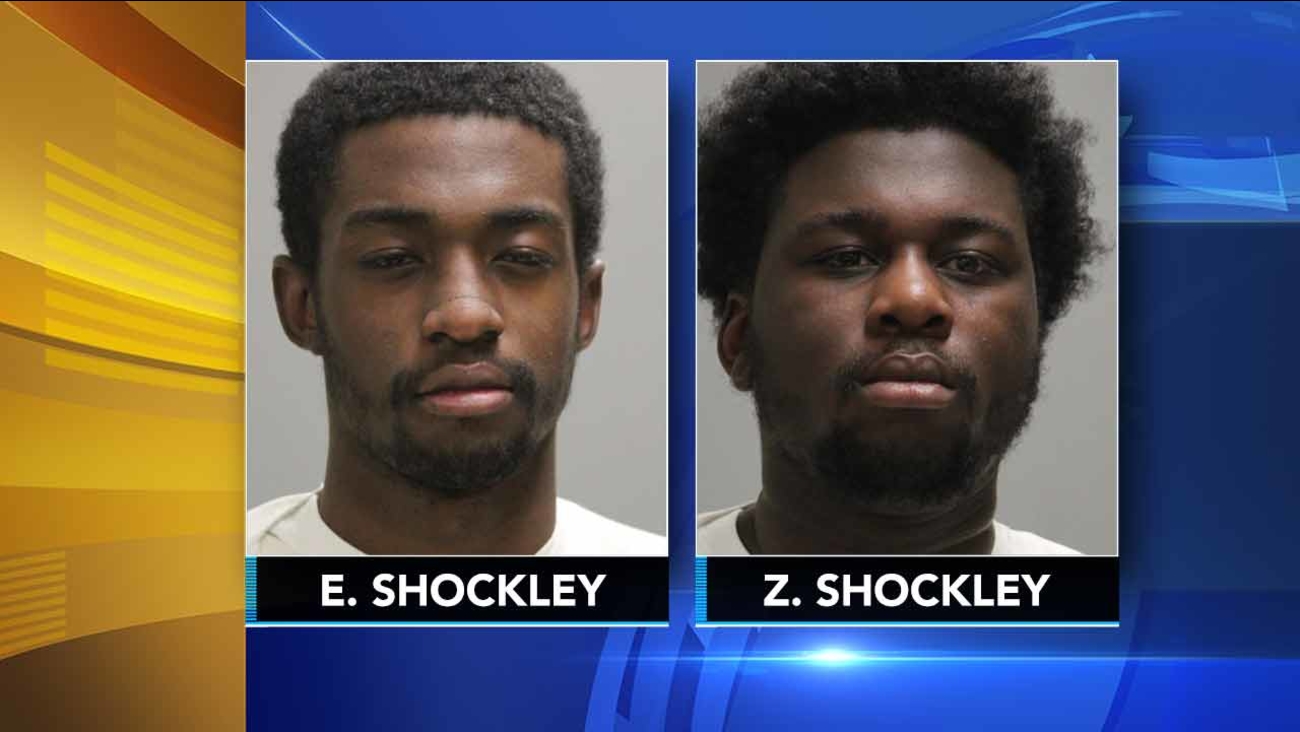 SMYRNA, Del. (WPVI) -- Two Delaware men are behind bars after police say a traffic stop in Smyrna led to the discovery of illegal drugs and money.

Police pulled over a car for speeding on North DuPont Highway near East Commerce Street.

Upon searching the vehicle, police say, officers found 130 bags of heroin hidden in a book bag.

And they found $1,365 in cash - believed to be proceeds from drug sales - in the driver's pocket.

The driver, 22-year-old Ezekiel Shockley, and his passenger, 20-year-old Zackary Shockley, both of Townsend, Del., were arrested and charged with Possession with Intent to Deliver Heroin.

Ezekiel Shockley was also charged with speeding and driving with a suspended license.