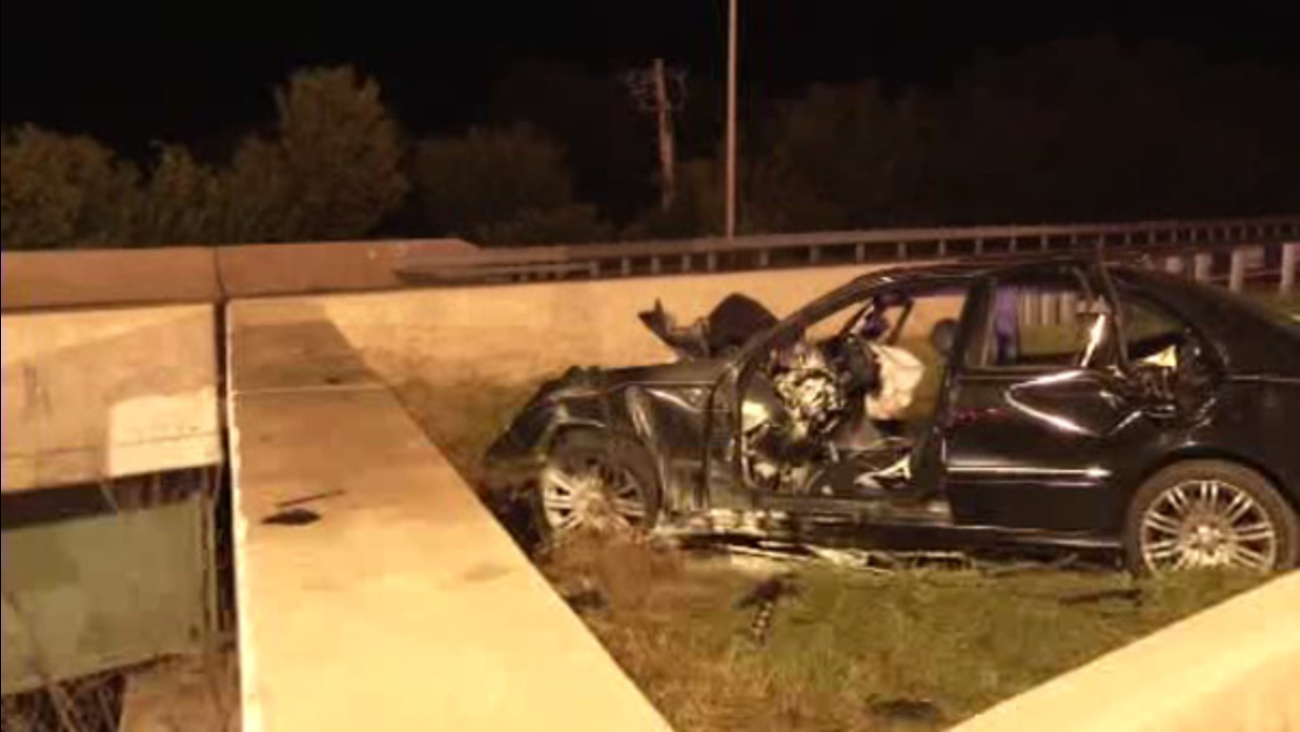 CHRISTIANA, Del. (WPVI) -- A driver has died after a fiery crash in Christiana, Delaware.

State police say a driver was going the wrong way on Route 1 when his Mercedes Benz went off the road and slammed into a bridge abutment.

The car then burst into flames.

Firefighters were able put the fire out. They then pried open the vehicle to get to the victim.

The driver was taken to the hospital where he was pronounced dead.